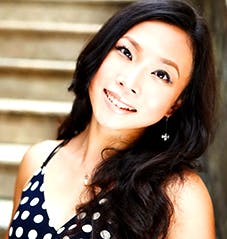 Birmingham Conservatoire is marking the start of the Year of the Rooster with a star-studded concert at Birmingham Hippodrome featuring some of China’s leading classical musicians.

Pianists Di Xiao and I-Hsuan Peng and cellist Jiaxin Lloyd Webber will also be joined by some of the rising Chinese stars studying at Birmingham Conservatoire, including violinist Yu-Mien Sun from Taipei, who has recently been selected to join prestigious Welsh orchestra, Sinfonia Cymru.

Taking place in the theatre’s Patrick Centre, concertgoers will be treated to an eclectic mix of traditional Eastern and Western styles, with music from composers such as Rodgers and Hammerstein, Han Kun Sha and Antonín Dvorák performed. 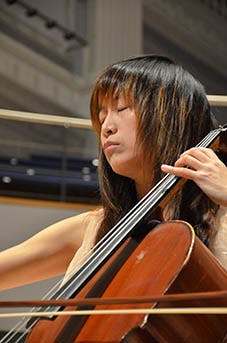 Part of Birmingham City University and with a history dating back to 1859, Birmingham Conservatoire is one of the leading music academies in the country. Internationally renowned cellist Professor Julian Lloyd Webber took up the role of its Principal in 2015, as the Conservatoire prepares to move to a new state-of-the-art £57 million facility this year.

We are delighted to be contributing to the city’s Chinese New Year celebrations with this concert, which also marks our first collaboration with Birmingham Hippodrome.
Professor Julian Lloyd Webber

“Birmingham City University is extremely proud of its close and longstanding engagement with China. Chinese students enrich our campus community here in the UK, while our work in China enhances research and teaching collaboration.

“Alongside established stars, it is a real delight for us to be presenting up-and-coming Chinese performers from Birmingham Conservatoire, who, in years to come, will be filling concert halls in the UK, China and around the world in their own right.”