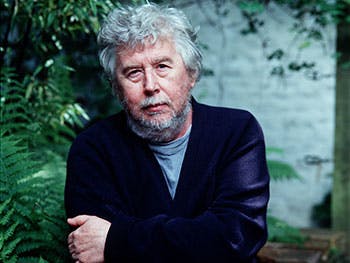 Sir Harrison Birtwistle, widely acknowledged as one of Britain’s greatest living composers, is to work with young composers and musicians from Birmingham Conservatoire.

Sir Harrison will hold a public masterclass with composition students on Friday 28 November and give talks about his work as well as having his music performed alongside work of the Conservatoire’s postgraduate composers.

The event coincides with Sir Harrison’s 80th birthday and also offers audiences the chance to hear his much talked about Panic that caused a furore at Last Night of The Proms in 1995.

“Harrison Birtwistle is a composer of immense international stature. It’s wonderful that our students, the next generation of performers and composers, will benefit from his vast insight and wisdom.

“Birtwistle has pursued a path of unwavering artistic commitment in developing a truly original, daring and unique compositional voice. This makes him the perfect role model for the whole vast range of artistic practitioners who study at Birmingham Conservatoire.”

Birtwistle in Birmingham is produced in partnership with the Park Lane Group and supported by the Hinrichsen Foundation, Holst Foundation and the RVW Trust.

For the full programme, visit Birtwistle in Birmingham.