Britain’s Got Talent search for new stars at Birmingham Conservatoire 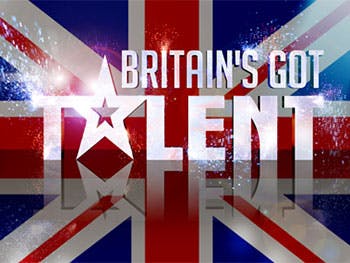 Britain’s biggest television talent competition comes to Birmingham this week, as the search for the country’s next big variety act begins.

The Britain’s Got Talent production team are looking to meet all types of performers and ages at the initial auditions, which will take place on Friday 4 December at Birmingham Conservatoire, part of Birmingham City University.

Professor Julian Lloyd Webber, Principal of Birmingham Conservatoire, said: “I am sure the Britain’s Got Talent production team will leave Birmingham more than happy with those that come forward to showcase their skills at the Conservatoire.

Birmingham Conservatoire itself has a rich history of producing world class performers for nearly 150 years, with several of our alumni showcasing their incredible talents on programmes such as these. It would not surprise me if some of our current students popped in to wow the production team in between their lectures and practices!

Birmingham Conservatoire is no stranger to TV talent show success, as alumnus and singer Rhydian Roberts rose to prominence on The X Factor in 2007. More recently, graduate and saxophonist Julian Smith finished third on Britain’s Got Talent in 2009.

A spokesperson for the TV show said: “Britain’s Got Talent has discovered some amazing acts from Birmingham over the past 10 years and we’re hoping to do so again on our visit to the Conservatoire. We are also spreading our search across the whole of the Midlands, so anyone who’d like to audition for the show, no matter what their talent, can get in contact with the team.”

Britain’s Got Talent sees performers from across the country aim to impress a panel of celebrity judges, before being put forward to live shows that enable the public to decide the eventual winner.

Conceived by Simon Cowell’s SYCOtv company, the Got Talent format has spawned spin-offs in nearly 60 countries around the world. Britain’s Got Talent launched in 2007 and 2016 sees judges Simon Cowell, Alesha Dixon, Amanda Holden and David Walliams return for the 10th series.

Those wishing to audition are being encouraged to contact the Production Team in advance via stuart.young@thames.tv