Our tribute to Light It In Red

Ruth Porter is a current BA (Hons) Stage Management student at the Royal Birmingham Conservatoire. Ruth was put in charge of the technical elements for her final year project and explains to us the importance of the Light It In Red campaign, what she enjoys most about her course, and describes the challenges faced by the backstage staff in the theatre industry.

My name is Ruth Porter and I have had an interest in backstage theatre since I was fourteen. Originally, I was interested in technical roles such as sound and lighting but then in 2016, I found my love for stage management which led me to this course. I have enjoyed that even though it is primarily a BA (Hons) Stage Management course I still get to continue my learning in technical roles and even get to try out design roles such as props, wardrobe, and scenic design.

When the pandemic first hit, I was in theatre and had just finished a dress rehearsal of Nosferatu directed by our Vice Principal, Stephen Simms. I then left campus and did not return until September 2020 for face-to-face learning. The rest of my second year was conducted online. This was really strange as usually, we would be in theatre three to four times per year, but it was still good to be learning about what I love. Currently, I have just finished my final year project and I am in rehearsals for Shakespeare’s Twelfth Night which is due to go into theatre at the end of this month, at Lightwoods Park.

Tagline is a company set up by final year stage management students which is passed down every year to the next group of final years. Tagline is used for final year projects where you are set a task (in previous years this has incorporated the history of the building into the production), and your year as a group creates whatever you want around it. Our task was to produce something that was covid secure and adhered to the ever-changing covid restrictions. The project is to be organised solely by us with support from course staff if required. It is a way to showcase everything we have learnt and allows us to put the skills we have learnt to the test. 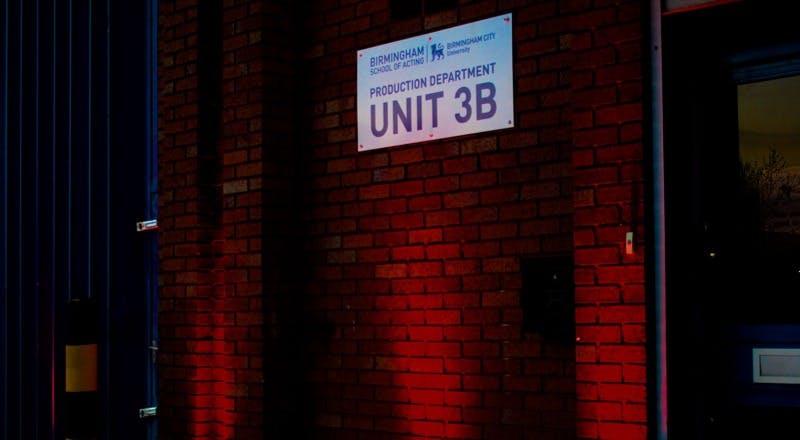 Our project this year is called One Night in March. It is a short film telling our perspective of how Covid-19 has affected the arts industry as a whole. Filming was done by us and took place in different locations around the university. The locations we used were The Shell, TV studio C, The Bradshaw Hall and 3B, where stage management classes are based. Working in these locations allowed us to not only create the shots we wanted but also showed what the university has to offer.

For One Night in March, I was head of lighting and sound. We had a recent graduate, Rob Roberts, compose two tracks for us which featured parts played by present and graduate conservatoire students. We also used acting graduate, Jack Mullings, for the part of the radio presenter which he was able to voice record safely at his home. For the trailer of the project it is actually our voices that you hear. The speech in the trailer are quotes from various industry professionals we had interviewed over the course of the project to hear their stories on how covid has affected them.

From the beginning of the project process, I wanted to incorporate Light It In Red. For those who don’t know, Light It In Red is a campaign that was set up during the first lockdown where venues, suppliers and theatre businesses would light up the outside of their building’s with the colour red. I was actually lucky enough to be part of one back in July 2020. I was surprised that this was something the Conservatoire hadn’t decided to be part of, so I started the journey to try and make it happen as I felt this was something we needed to include within the piece and thought it would be great to incorporate the university and the students because it was an experience, I felt, we all needed to be part of. 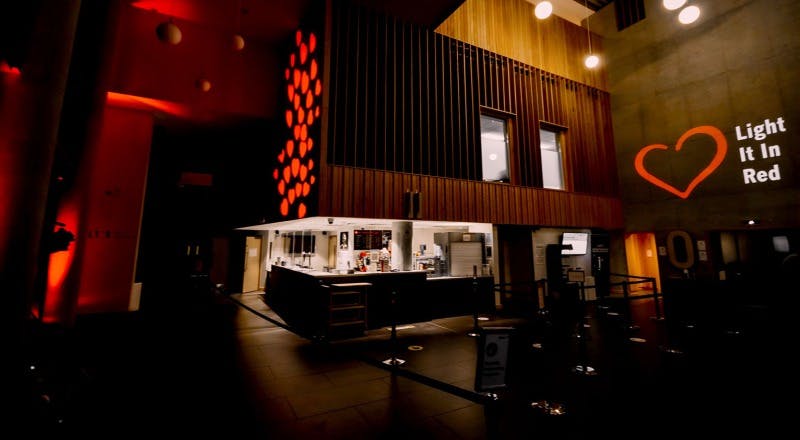 On March 1st it was announced that a Light It In Red week would be happening, 15th – 19th March. This Light It In Red was to show hope, reinforce support to the arts industry and fill up social media with heart symbols. On 19th March we joined in and lit the Conservatoire in red. We used an animated heart logo which was created by Light It In Red and had this projected just above the lifts in the Conservatoire. As it got darker outside, we took our photos and peacefully stood, thinking about everything we had gone through and the hope of what was to come. For this occasion we only had five of us involved. This was myself, Angus Chow (third year student), Ryker Young (second year student), Jonathan Pearce (Production technician), and Jacqui Findley (Course Director).

In April we then did another Light It In Red which was just for the project and involved the whole of my stage management cohort. This was done at 3B and was used at the end of the project to represent who we are as a course. For this we used a local supplier, Marklew Productions, for the hire of the fixtures which were battery powered and outdoor rated. 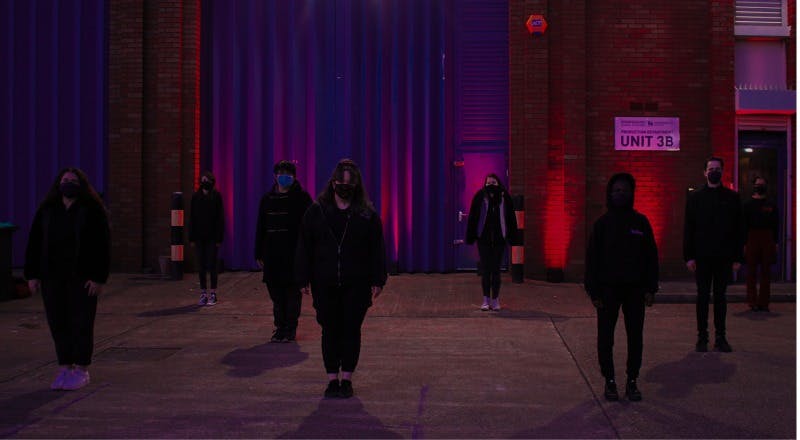 Over the past year the arts industry has been put on a standstill with lots of people being laid off due to there not being enough funds or work for them. Some professionals have had to find other jobs to get by and have had to continue to face an uncertain future. It also brought the uprising of lots of different campaigns such as Light It In Red, We Make Events, and The Show Must Go On which have tried to bring the industry together. We Make Events is probably the most political with protests and public displays in trying to get support from the government for the arts industry.

Yes, our industry has taken a massive hit, but everyone has bounced back as best they can to find creative solutions to all the obstacles that have blocked our paths. New forms including live Zoom performances as well as drive-in shows and outdoor theatres are showing that our industry is making its way back, bigger and better than ever before. It will take time and we do need as much support as we can get whether that be as an artist, staff behind the scenes, or audiences viewing and enjoying our craft – because they're the reason we do it in the first place.

Watch the One Night in March here.

Reflecting on the global Symposium event