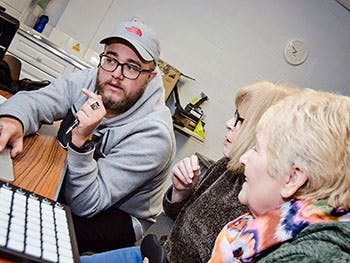 The project, which recently launched its second and final year at Birmingham City University’s Royal Birmingham Conservatoire, is now underway working with hundreds of residents in community groups and schools across the city in including Erdington, Sutton Four Oaks, Acocks Green, Nechells, South Yardley, Moseley, Kingstanding and Sheldon.

From schools with music at their heart to history and conservation groups, there are rock choirs, fitness groups, adults with learning difficulties to older people living on their own – the project doesn’t omit any age or ability. Community groups involved include the Polish Expats Association, Handsworth Park Fitness Group, Stockland Green Historical Society, Sheldon Tai Chi Group, Via Nova vocal ensemble and the Deaf Cultural Centre Youth Group.

Participants are collaborating with their selected composer to write music about their local area through a series of interactive workshops. Each community group and composer will record sounds and stories reflecting what it means to live, work, socialise or create in their local environment. 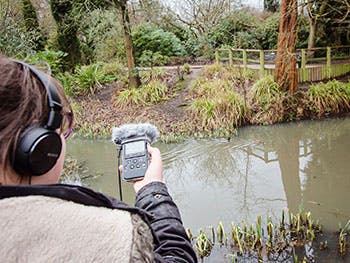 The stories and sounds become the compositional starting point for six brand-new music compositions of differing music genres steered by a team of professional composers all with strong connections to Birmingham city.

Birmingham-born project founder, and composer in her own right, Bobbie Jane-Gardner said:

“Music is a great platform to help promote well-being. Who doesn’t love music or the chance to sing! Residents are collaborating with our incredible professional composers going out onto the streets to record the sounds of their own community creating a cultural sound map of the UK’s great second city. In an age where people are becoming more isolated this is a great way of bringing people together to feel proud of where they live.”

Each of these compositions will receive their world premiere in live public performances in June this year. The music will be recorded on limited edition vinyl and will form a unique online interactive sound archive for future generations.

for-Wards truly is a unique project for the city of Birmingham. Its scale and ambition in creating a musical ode to the city is staggering and we look forward to hearing the stories, found sounds and live performances later this year. 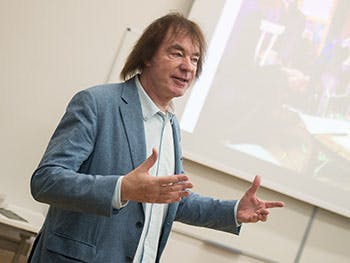 The six composers, all with Birmingham connections, include electroacoustic composer, sound artist, performer and music lecturer Annie Mahtani; songwriter and composer Grandmaster Gareth who runs eight-piece band Misty’s Big Adventure, as well as releasing solo-albums; Pøgman, who is cementing his place in dubstep with tours in Canada, USA and Australia; Handsworth-born jazz saxophonist Xhosa Cole, part of the established legacy of Birmingham jazz saxophonists founded by Andy Hamilton; Scott Johannsson, a Birmingham-based visual artist and musician and member of the group LARVA; and producer and writer Simon Duggall who has written in a variety of genres for artists including Shania Twain, Nusrat Fateh Ali Khan and The Beat.