Birmingham musicians composing for the sky 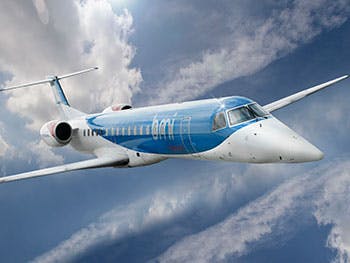 British owned airline flybmi has teamed up with Birmingham City University’s Royal Birmingham Conservatoire to create a unique competition opportunity for students to compose a piece of music for the airline’s on-board entertainment systems.

All current music students are eligible to enter and will be required to compose a three-minute piece. The piece can be instrumental, contain vocals or a combination of the two.

flybmi is looking for a piece of music that is both relaxing and uplifting, and will appeal to their customer base of business and leisure travellers. The winning piece will become the ‘official music of flybmi’ and will be played on board all flights across the airline’s entire network as customers embark and disembark.

The lucky winner will not only have their music featured on all flights but they will also receive a pair of tickets to use on any route on flybmi’s network. From the UK this could be flights to Paris, Hamburg, Frankfurt, Munich, Dusseldorf, Gothenburg, Brussels, Aberdeen, Oslo, Esbjerg and Stavanger.

Last month, flybmi was named The Star Regional Airline of the Year in the Travel Bulletin Star Awards for 2018. Voted for by travel agents, the award is in recognition of the airline’s premium quality, service and support of their travel agency partners.

“As well as developing the talents of the next generation of great musicians, Royal Birmingham Conservatoire pays care and attention to musicians as entrepreneurs. It prepares students for the opportunities and challenges presented by the future of the profession, with the intention that they leave us as employable music professionals. This involves the ability to create work outside the traditional concert hall.

This exciting competition with flybmi is one such example and working to a brief allows our students to think about the type of corporate commissions they will be faced with once they graduate. Of course, it will be really inspiring for the winner to hear their music playing as they board the aircraft, knowing that their song will be enjoyed by hundreds of thousands of passengers across Europe.

Royal Birmingham Conservatoire students have until Monday 31 December to enter the flybmi contest.