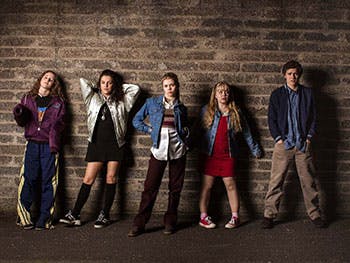 A graduate from Birmingham School of Acting has been announced as one of the lead roles in a new Channel 4 comedy from the producers of ‘Father Ted’.

Nicola Coughlan stars in ‘Derry Girls’, which is currently filming on location in Northern Ireland.

The brand new series is written by acclaimed writer Lisa McGee (‘Indian Summers’, ‘London Irish’ and ‘Being Human’) who has used her own experiences to create a candid, one-of-a-kind, family-centred comedy set against the spectre of The Troubles in the early 1990s.

Set in Derry, the comedy centres around 16-year-old Erin Quinn (Saoirse Monica Jackson) who lives with her uncompromising mother (Tara Lynne O’Neill), her long-suffering father (Tommy Tiernan) and the fearsome ‘Granda Joe’ (Ian McElhinney), a man whose love for his daughters and granddaughters is surpassed only by his contempt for his son-in-law.

Originally from Galway in the west of Ireland, Nicola Coughlan graduated from Birmingham School of Acting, part of Birmingham City University, in 2011. She said:

“Birmingham School of Acting really helped me embrace my individuality as an actor and I never felt the need to fit into any specific box. I hope that will come through in ‘Derry Girls’ and I feel incredibly lucky to be part of a Channel 4 show that has four strong, comedic female leads.”

Since graduating, Nicola has performed in ‘Duck’ by Stella Feehily at The Other Place, London, starred in a UK tour of Luke Barnes’s ‘Chapel Street’ and appeared in a guest role on TV soap opera ‘Doctors’.

Nicola also won acclaim for her lead role in ‘Jess and Joe Forever’ at the Orange Tree Theatre in London last year. A coming of age tale by Zoe Cooper that explores rural life and what it means to belong somewhere, Nicola was nominated for Best Female Performance in The Off West End Theatre Awards (The Offies).

Journalist Susan Elkin from industry newspaper ‘The Stage’ has also named her as ‘one to watch’. 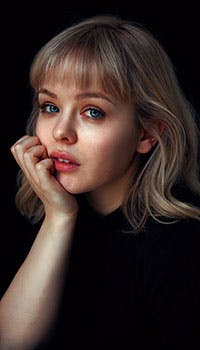 “My advice for budding actors would be that once you graduate to really support one another and stay positive. It's a tough industry with big highs and big lows, but a good attitude and self-care is key.

“It's also so important to support the arts – if you're passionate about working in this industry make sure you know what's going on within it.

“I also feel that it is crucial to support women within the arts; if you're a female actor who feels frustrated by the lack of quality roles, make sure you're out there supporting the women who are leading the way.

‘Derry Girls’ will air on Channel 4 later this year, while Nicola returns to ‘Jess and Joe Forever’ at The Traverse Theatre, Edinburgh from August 3-27.