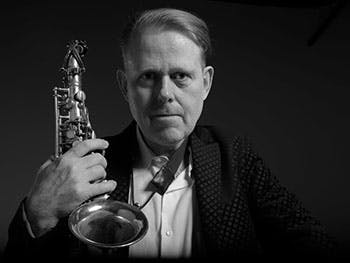 John O’Gallagher has been described as “an alto saxophonist of dry tone and daring temperament” by ‘The New York Times’ and boasts a discography of more than 60 albums, with multiple receiving GRAMMY and JUNO award nominations.

Hailing from Brooklyn in New York, he has enjoyed a rich performing career that has seen him appear at numerous international jazz venues and festivals, as well as on programmes broadcast by BBC Radio 3, RSI (Switzerland) and Radio France.

“I am very excited to be joining the jazz faculty at the Royal Birmingham Conservatoire and I am looking forward to working with students to help cultivate their artistic potential and individual voices.”

Joining John will be trumpeter Percy Pursglove from Birmingham. An alumnus of the Royal Birmingham Conservatoire, Percy obtained a scholarship to study Jazz and Contemporary Music at the New School University in New York. During his time in the US city, he performed with various ensembles including the Duke Ellington Orchestra at Birdland, the Coltrane Ensemble at Sweet Rhythm, the Rene Marie Big Band at the Town Hall and a residency at the Knitting Factory.

Having performed and recorded with artists as diverse as Evan Parker, Steve Swallow, the BBC Big Band, Elbow and Amy Winehouse, he also leads in a number of educational organisations, including as Musical Director of National Youth Jazz Wales.

“'I'm thrilled and delighted to join the jazz faculty at the Royal Birmingham Conservatoire. It's a world-class team of creative practitioners, educators and thinkers positioned amongst a vibrant student community. It's an honour to be a part of a continually developing jazz programme here at the Conservatoire, and a thriving Midlands jazz scene.”

Established in 1999, the Royal Birmingham Conservatoire’s Jazz Department aims to create a stimulating and inspiring culture for musicians of the genre. As well as nurturing individual development, its courses place a great deal of emphasis on artistic exchange between students and staff, both within the Conservatoire and on the wider public stage – from local venues to international festivals.

At long last we can go public with the news that we have recruited these two fantastic jazz musicians to full time posts at Royal Birmingham Conservatoire. Saxophonist John O’Gallagher and trumpet player Percy Pursglove – both well-known on the international scene as virtuosi improvisers – have accepted academic posts that include and embrace their research output, and provide a further platform for their great playing careers.

They join myself and drummer Andrew Bain as the main contact for the students on our undergraduate and postgraduate jazz programmes, and are already making inspiring contributions to how we develop the curriculum and programme our concerts and masterclasses. This is truly an exciting team to be leading and is brimming with new ideas and passion for the music.
Jeremy Price, Head of Jazz, Royal Birmingham Conservatoire 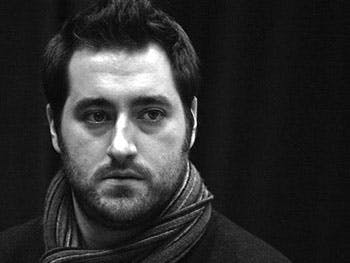 The new £57 million Royal Birmingham Conservatoire is also home to the state-of-the-art Eastside Jazz Club, which opened to the public in October last year. As the first permanent jazz space in any UK conservatoire, the club hosts jazz in all its forms most evenings – from standards to contemporary and solo spots to big band – and features young talent from the immediate jazz community to world-renowned musicians.

Meanwhile, despite being less than four years old, Birmingham City University’s Jazz Research cluster has grown to be one the world’s most significant. Led by Professors Nicholas Gebhardt and Tony Whyton, the cluster boasts 29 members, including 12 jazz researchers from across the Royal Birmingham Conservatoire and the Birmingham School of Media, as well as nine doctoral students and leaders of the regional jazz community, and additional academic partners at Middlesex University, University of Warwick, University of Amsterdam (Netherlands) and University of Aveiro (Portugal).

John O’Gallagher joins the Royal Birmingham Conservatoire as Senior Lecturer, with Percy Pursglove now employed as an undergraduate lecturer in the Jazz Department at the music college.