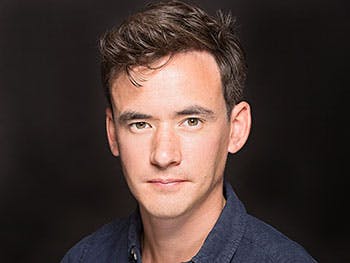 Birmingham Conservatoire has announced the appointment of highly acclaimed British conductor Paul Wingfield as its new Head of Vocal and Operatic Studies.

Paul who is currently a visiting lecturer at Birmingham Conservatoire, part of Birmingham City University, will take up his new post in August.

His conducting engagements include work with Birmingham Opera Company, The Royal Ballet, Welsh National Opera, and Opera Holland Park. He has also worked as a repetiteur for English National Opera.

On his appointment Paul said:

My vision for the Department centres around three key cornerstones: communication, community and collaboration. In addition to a renewed focus on singing technique and language skills to enable our students to communicate to the best of their ability in opera and song, I will seek to look outwards to the communities which surround us locally, nationally and internationally.

“I also hope to forge a series of innovative and creative collaborations with organisations and schools in Birmingham and the West Midlands, as well as with professional colleagues at leading opera companies and music colleges in the UK and beyond.

“Such partnerships will enable us to build a truly outstanding department: one that can claim credit for world-class careers on the stage, on the concert platform and in the classroom.

“I look forward to working with determination, energy and vigour to transform my vision of a Department where staff and students excel, and performance and education go hand in hand, into our future.”

Birmingham Conservatoire Vice-Principal Paul Bambrough said: “We are absolutely delighted to announce the appointment of Paul Wingfield as Head of Vocal and Operatic Studies.

“Paul is well known to the Conservatoire having conducted three very successful opera projects for us and students and staff alike are thrilled with the appointment. He brings with him a wealth of knowledge and experience as a coach and conductor of opera, and has a very exciting vision for the development of vocal studies as we move into our new facilities.

“His tremendous personal energy and charisma will ensure that Vocal Studies here in Birmingham is a vibrant and exciting place to be!”