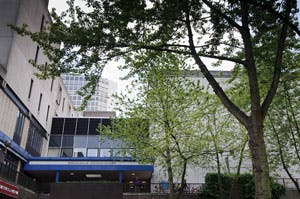 Birmingham Conservatoire has been ranked as the joint top specialist music college in the country.

The Conservatoire, which is part of Birmingham City University, was placed joint first, along with the Royal Academy of Music, in a major national survey of students. The National Student Survey (NSS) is commissioned by the UK statutory bodies that are responsible for the assessment of teaching quality in higher education and is supported by the National Union of Students (NUS).

The survey, which has been running since 2005, is sent to final year undergraduates in every higher education institution in the UK. This year eight conservatoires took part in the survey and the results ranged from 67% to the 85% achieved by the Conservatoire and the Royal Academy. The survey asks students to provide feedback on their courses relating to teaching, assessment and feedback, academic support, organisation and management, learning resources, personal development and overall satisfaction.

High scores achieved within the survey include 93% of students stating that staff are enthusiastic about what they are teaching, and 93% stating they have been able to contact staff when needed.

“Naturally, we’re very pleased with this outcome but we won’t be resting on our laurels. For instance, over the summer we’ve installed five new practice studios and a brand new coffee bar in the foyer. But apart from the physical improvements, students joining or returning to Birmingham Conservatoire will find much to keep them busy and excited with performances in Symphony Hall for our orchestra, a weekend of celebrations for the centenary of Carl Dolmetsch bringing our recorder department to the fore, a piano department tribute to Franz Liszt to mark his 200th anniversary and visits from a very distinguished list of guest conductors.”

Birmingham Conservatoire has a world-wide reputation for excellence as a member of the British and European Conservatoire Associations. It is an internationally recognised centre for research into composition and performance with live electronics. It benefits from close links with the City of Birmingham Symphony Orchestra (CBSO) and the Philharmonia Orchestra.