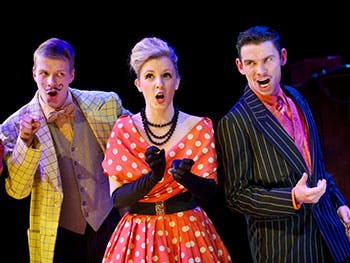 Music and Acting courses at Birmingham Conservatoire have been recognised as amongst the best on offer within the UK.

For prospective students unsure of which subject to study and at which university, league tables revealed by the Guardian on Tuesday 16 May allow them to see where institutions rank in relation to one another and for specific courses of study.

The league tables are based on data collected by Higher Education Statistics Agency (HESA) and the National Student Survey.

The tables illustrate that Birmingham Conservatoire, part of Birmingham City University, received a high score for student satisfaction with 95 per cent of those questioned stating that they were happy with their drama course.

It’s an absolutely fantastic result. I must thank all of our staff for their wonderful and inspiring work.
Julian Lloyd Webber, Principal, Birmingham Conservatoire

Alongside courses at Birmingham Conservatoire, the ranking also reflects the quality of Music Technology, taught in the University's Faculty of Computing, Engineering and the Built Environment.

In other subject areas, building and town and country planning courses at Birmingham City University were ranked 11th out of 42 institutions. English courses rose 47 places to 55th, with a course satisfaction rate of 97 per cent.