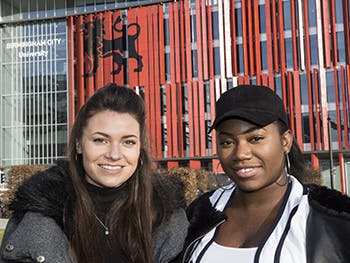 Two students from Birmingham City University – and current contestants on The Voice UK – are preparing for a new production that celebrates the life of theatre director, entrepreneur and the founder of Birmingham Repertory Theatre, Sir Barry Jackson.

Showing at The Old Rep, the original home of Birmingham Repertory Theatre, the production by Routes. will tell the story of Sir Barry Jackson’s life and reveal the revolutionary elements of his experimental theatre, which first opened in 1913.

As well as his work in Birmingham, Sir Barry was director of the Royal Opera House in London and, alongside George Bernard Shaw, he also established the Malvern Festival, which ran annually between 1929 and 1939.

Routes. is one of five theatre companies – all comprising final year Applied Performance students – that will be performing at The Old Rep on Thursday 9 and Friday 10 February as part of the APP/titude festival.

APP/titude aims to share untold stories in surprising places, showcasing The Old Rep in ways audiences may be less accustomed to. From the stage to the street, and the bars to the box office, audiences are promised a variety of performance styles; from pieces to enjoy in the company of others, through to intimate shows presented especially for an individual.

APP/titude is theatre, but not as you know it. Our Applied Performance course has helped prepare us to become theatre-makers who want to make a real difference through our work – whether that be drama, singing, dancing, spoken word, a documentary or digital art. We focus on creating new performances and projects with a purpose.
Ebony Wilson

Ebony and Zoe – known as Capital B – met on their first day as students at Birmingham School of Acting, part of Birmingham City University. After singing together in University performances – and in their bedrooms – since September 2014, Zoe persuaded Ebony to audition for The Voice UK with her last year, and to potentially open more doors to their future. 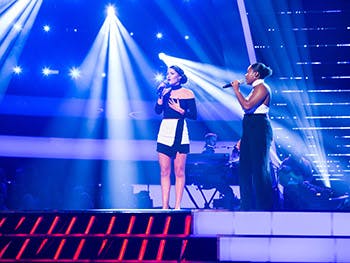 After wowing the superstar coaches in their blind audition, Capital B chose Sir Tom Jones to be their mentor, who is now working with the pair as they prepare for the next stage of the ITV singing competition.

Despite their appearance on The Voice UK, the duo remain devoted to their academic studies, and have been busy rehearsing for APP/titude alongside their TV commitments.

“APP/titude allows us as theatre practitioners to bring to life amazing stories that, for whatever reason, haven’t received the public recognition they deserve.

“Throughout our time at Birmingham City University, we’ve been fortunate to engage with both The Old Rep and its modern incarnation, Birmingham Repertory Theatre, so it is therefore fitting that we close our studies with a piece of work that celebrates the life of its visionary founder.”