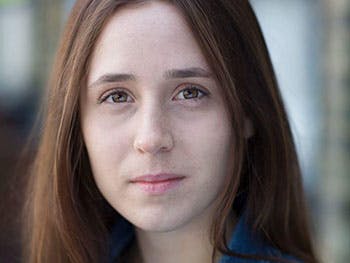 Launched earlier this year, the grant – the ‘Andrew Lloyd Webber Foundation Scholarship at Royal Birmingham Conservatoire’ – will support Ella’s upcoming undergraduate journey on the BA (Hons) Acting course. It will cover her full course fees over the next three years, and has been awarded on the basis of both financial need and merit, particularly her singing ability.

On being awarded the Scholarship, Ella Stokes said:

“It doesn’t seem real. I’m excited, thrilled and grateful to have been given such an amazing opportunity.

“I couldn’t be happier about the next three years.”

Ella grew up in Farnborough with her parents and three siblings. Encouraged and supported from a young age, Ella spent her free time after school practicing dance, such as ballet and tap, and her weekends doing musical theatre and drama. These classes lead her to perform in professional pantomimes such as Camberley’s ‘Beauty and The Beast’ as a senior dancer.

During her A Levels, Ella was part of the Prospect Theatre Company, an enrichment programme with the Sixth Form College Farnborough. The company ran acting workshops for GCSE students in local schools and later devised their own show, ‘The Hotel’.

After finishing College, Ella completed an Acting Foundation Course at The Guildford School of Acting. She took part in several performances with the School, including Shakespeare, storytelling, Greek theatre and their end of year show, ‘M’ssing’, a devised theatre piece. She then went onto work at Thorpe Park as a Scare Actor during their ‘Fright Nights’ season.

Most recently, Ella became a member of The Lyric Ensemble, a company of 15 actors run by the Lyric Hammersmith. They trained together for nine months and created ‘Abandon’, a show which ran for two weeks at the Lyric Theatre. Ella also enjoys directing and was the Movement Director for the play ‘Bitchcraft’ which was performed at Melanin Box Festival. She is currently studying with The National Youth Theatre’ as part of their three-week Senior Acting Course.

“We would like to thank the Andrew Lloyd Webber Foundation for this incredibly generous scholarship, which will help us to continue attracting the most gifted actor-singers, irrespective of their financial circumstances.” 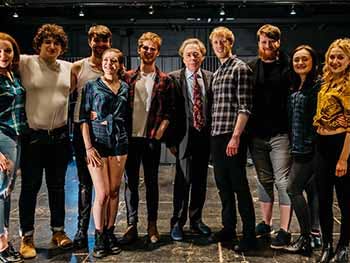 The Andrew Lloyd Webber Foundation was set up by Lord Lloyd-Webber in 1992 to promote the arts, culture and heritage for the public benefit.

In 2010, the Foundation embarked on an active grant-giving programme and has now awarded grants of £19 million to support high-quality training and personal development as well as other projects that make a real difference to enrich the quality of life both for individuals and within local communities.

Speaking on behalf of the Foundation, David Grindrod said:

“I’ve been impressed with the excellent training in actor musicianship at Royal Birmingham Conservatoire and the quality of their graduates. I am delighted the Andrew Lloyd Webber Foundation is supporting a scholarship there, widening access to the arts for talented young people who wouldn’t otherwise be able to participate.”

Earlier this year, Lord Lloyd-Webber visited Royal Birmingham Conservatoire ahead the college’s Royal Opening Gala Concert, where he spent time with Acting students who performed a sequence from rock musical ‘Bloody Bloody Andrew Jackson’ for him.

Ella will commence her studies at Royal Birmingham Conservatoire in September.