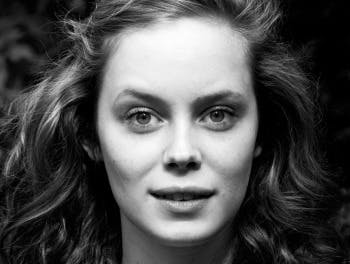 Acting alumni, Sarah Middleton, is set to appear as Jim in The REP's Treasure Island running from November 25 2016 until January 7 2017.

“I became involved by auditioning in the summer. It’s the first time I've worked at Birmingham Rep and it's lovely to be back in the city five years after graduating,” says Sarah.

The production, which is directed by Phillip Breen and written by Bryony Lavery, is a modern-day adaptation and based on the well-known swashbuckling novel by Robert Louis Stevenson. Jim, the character Sarah is playing, is the granddaughter of Grandma Hawkins whose inn gets a visit from ransacking pirates. When Jim comes across a treasure map, she and a crew of both sailors and pirates set sail to discover the riches on the lost island.

“It’s a bit tricky to describe what audiences might expect from Treasure Island, but I hope they find it enchanting, exciting and moving. And it’s a story about a teenage girl finding her place in the world, and the contradictions she faces throughout that journey. Plus, there's lots of sword fighting, singing, dancing and a parrot,” says Sarah

Since graduating in 2011, Sarah has had credits in various TV, stage and feature film roles. Most recently, Sarah played young Rebecca in the Channel 4 TV drama National Treasure.

Looking back on her time at Birmingham School of Acting, Sarah said: “I suppose what I took from my time at BSA was a sense of having a solid skills base to refer back to no matter what I've been working on, whether it’s a last-minute TV casting or a theatre role with a particularly challenging physicality or text. The training at BSA gave me an understanding of a range of different methodologies, which is a comfort and a source of confidence in this rollercoaster industry.”

The production is great for families and a treat over the Christmas holidays. You can read the full synopsis of the show and buy tickets on the Rep website: https://www.birmingham-rep.co.uk/whats-on/treasure-island.html.