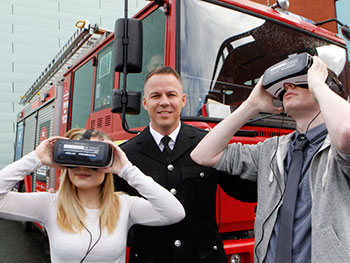 Young drivers are to get a hard-hitting virtual reality check when it comes to road safety.

The video, filmed in the West Midlands and produced with FirstCar Media, features Birmingham City University student Chaise-Louise Newman in the role of Bianca.

‘Every Choice Counts’ is the first of its kind in the UK, featuring ‘branching’ technology which allows participants to make decisions with varying consequences at various points in a car journey with friends.

“Our most vulnerable road users are young drivers aged 16 to 24 and the biggest killers on our roads are ‘The Fatal Four’ of speeding, distractions like texting, drink and drug-driving and not wearing a seatbelt.

“The video will be used in colleges and sixth forms, and is complemented by a comprehensive lesson plan to encourage peer-to-peer learning.

“We hope that everyone who sees it will also benefit from the learning coping strategies to help them deal with pressure from friends, and get a much clearer understanding and appreciation of safer driving choices.”

Applied Performance seeks to prepare passionate and skilled theatre-makers, who want to make a real difference through drama, singing, dancing, spoken word, a documentary or digital art. The focus is on creating new performances and projects with a purpose. 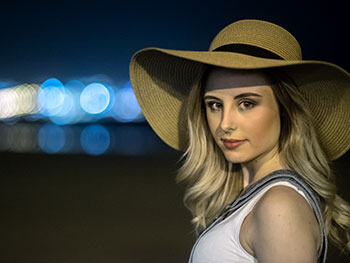 The actress, who hails from Sutton Coldfield, said:

“What was particularly interesting about the way it was filmed is that the camera wasn’t a fly-on-the-wall to the action. The camera had actually been made into a character, called Sean. This means that the participants wearing virtual reality headsets are part of the action.

“This video project has inspired me to create my own workshop on road safety when driving, as I am more conscious about the issues involved, having researched heavily for my part, as well as being a young driver myself.”

Other characters in ‘Every Choice Counts’ were portrayed by students from Walsall College.

“The students gave fantastic performances and were true professionals throughout. They were very believable, even though they had to film some difficult scenes.

We hope that many other students and young people will be able to relate to the film, and become a safer generation of drivers.

The film was launched at West Midlands Fire Service Headquarters on Monday 27 February.