What our 2016 graduates are getting up to this summer 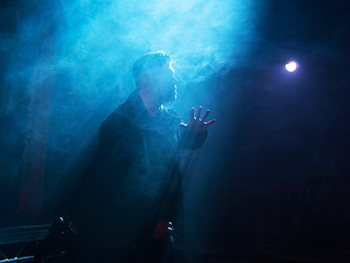 Since graduating from Birmingham School of Acting, our 2016 leavers have wasted no time in getting themselves out doing what they love. They will be involved in various outdoor and other theatre this summer. Below are a few examples of what they're up to:

Chris Buckley will be working for Eastern Angles Touring Theatre this summer. We Didn’t Mean To Go To Sea will be touring from 22 June – 9 July and  13 – 17 July. This performance is an adventure on the open seas, and is great for families.

Scott Westoby, William LaCour, Rachael Oliver, Tim Atkinson and Angus Villiers-Stuart will be starring in the Cambridge Shakespeare Festival. Eight plays will be performed over six weeks from 11 July - 27 August. With Coriolanus, Twelfth Night, The Tempest, A Midsummer Night’s Dream, The Comedy of Errors, Henry V, The Winter’s Tale and As you Like It on the schedule there will be plenty to choose from.

Ben Locke will be touring with Oddsocks Theatre Company. Ben will not be the only BSA graduate there, as Joseph Maudsley a 2009 graduate is currently associate artist at Oddsocks. The touring company will be bringing Much Ado About Nothing Macbeth to the MAC, Birmingham on 16 and 17 July.

Rachel Smart, Ryan Price, Chloe Blake and Robyn Agnew will be touring with Action to the Word in their production of A Midsummer Night’s Dream. This is set to headline at the Latitude Festival from 14 - 17 July, and then at the River Stage: Latitude Festival in August. Rachel says: "We are performing a highly physical A Midsummer Night’s Dream. I am loving working with Action to The Word, with such a brilliant cast and company.”

Grace Brightwell will be at the Outdoor Theatre at Shaw’s Corner this July in George Bernard Shaw’s play You Never Can Tell. The plays are performed out in the gardens, come rain or shine! Grace says: “I've just finished a production of Pygmalion with the Michael Friend Company which showed at Shaw’s Corner, the house of George Bernard Shaw and a National Trust venue. On Monday I started rehearsing the second show in the Shaw season You Never Can Tell, a satire about Victorian values versus newer ideas, in which I am playing Dolly. The show is on at Shaw’s Corner in Hertfordshire on 22 - 24 July and then we go to the coast in Kent, playing in Broadstairs from 28 -31 July.”

Paul Cartwright, a Masters of Fine Art Acting (MFA) 2016 graduate, has headed back to the United States to star in a summer period piece in Nauvoo, Illinois until August. The piece is a historical live pageant. Paul says: “I auditioned for this performance in May 2016 and was cast as the narrator, Parley P Pratt in the American performance and George Cannon in the British history performance. I have been asked to help as an accent coach because of my training at BSA.”