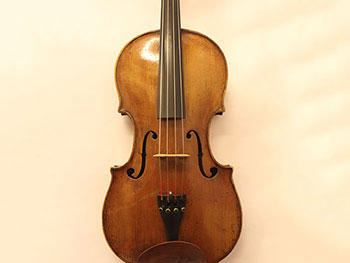 Violists from around the world are to compete for a £2,000 prize at Birmingham Conservatoire this week, in the first Cecil Aronowitz Viola Competition, where a previously unknown Benjamin Britten sketch will also be revealed.

“Cecil and Benjamin Britten were friends for many years, with Cecil performing in the famous Aldeburgh Festival from 1949 until his death in 1978”, said Louise Lansdown, Head of Strings at Birmingham Conservatoire.

In the words of Cecil’s widow Nicola “He was involved in many premieres of Britten’s works, notably the War Requiem and the three Church Operas.  Everyone loved going to Aldeburgh and it was a highlight of every year taking up residence in June for the Festival.  In 1970 Britten invited Cecil to give an ‘Artist’s Choice’ recital at the Jubilee Hall.  This meant that Cecil had carte blanche to play what he liked with whom he liked.  He chose me to accompany him for the bulk of the recital but he asked Britten to play Lachrymae with him.

“Britten had composed Lachrymae for the great violist, William Primrose and together they gave the first performance in 1950.  But as Britten and Cecil were rehearsing 20 years later and just a couple of days before the concert, Britten expressed dissatisfaction with the ninth variation. Overnight he rewrote the viola part – the piano part remained unaltered – and this version was given its premiere at the Jubilee Hall on the morning of 22 June 1970 with Britten at the piano. Several years later, when he was gravely ill and nearing the end of his life, Britten rescored Lachrymae with strings accompanying the viola and he dedicated this version to Cecil.  Always self-deprecating, Britten used to joke that the best part of Lachrymae was the ending when the voice of Britten gave way to the beautiful voice of Dowland. Britten’s respect for Cecil also manifested itself in his loan to Cecil of his own viola which had been bequeathed to him by Frank Bridge.”

The above-mentioned rewritten ninth variation in Britten’s writing will be on display during the competition. Lachrymae is the compulsory work for the Final Round of the competition and will be performed by each finalist, accompanied by Birmingham Conservatoire’s String Orchestra and conducted by Alpesh Chuahan. The Britten-Pears Foundation have donated a £400 prize for the winning performance of Lachrymae.

Find out more about the International Viola Competition, which takes place from 24 - 26 October.