Triumph as graduate hits the right note at festival 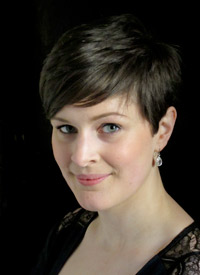 A graduate from Birmingham Conservatoire, part of Birmingham City University, has been awarded the 2012 Bromsgrove International Young Musicians Platform award after impressing a panel of experts with a series of vocal performances.

Hannah Davey, 26, from Cheltenham, currently works as a freelance performer and singing teacher and this was the first competition she had entered since graduating from Birmingham Conservatoire in 2011, where she specialised in vocal performance.

Around 90 musicians entered the competition which forms part of the Bromsgrove Festival, an annual event running since 1960 which welcomes members of the public to celebrate classical music.

Competitors are required to be of conservatoire entrance level to enter the competition, which is open to young musicians aged between 17 and 25 who reside or study in the West Midlands area.

Hannah impressed judges with her performance programme, which included works by Berio, Mozart and Ravel. She said: “I was absolutely thrilled to win. With each performance I aimed to entertain the audience, whilst thinking about how lucky I was to sing some of my favourite music to people who appreciate it.”

“It was totally unexpected when it was announced that I had won. I had heard the other finalists perform and it seemed very difficult to compare instrumentalists and singers, a job I didn’t envy the judges for!”