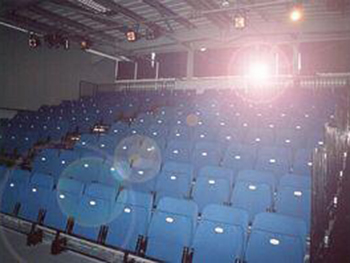 Applied Theatre students from RBC are taking part in a national campaign to raise funds for local theatres struggling during the pandemic.

The campaign, which has been organised by Warwick University Drama Society and went live on Monday 15 June, has brought together 19 university drama societies across the country. Each university has paired with a local theatre, and will complete five weeks of challenges to fundraise. The group of first-year RBC Applied Theatre students has partnered with The Dovehouse Theatre in Solihull.

The challenges include creating a viral social video, running or walking 5kms per day, making an outfit from scratch, learning a language in a week, and doing something to help the local community.

The challenges will culminate in a Scratch Night consisting of performances, music, poetry and more, which will be premiered on YouTube, and will provide an opportunity to raise further funds and to give artists a platform to show off their talents while theatres are closed. The pandemic has had a huge impact on the theatre industry, which have lost out on ticket sales and income.

The aim is to raise £10,000 through the campaign’s fundraising page, with the funds being split equally between all the theatres supported by the campaign.

Hollie Westwood, who has been coordinating the project for RBC, said: “It’s been a difficult time for us as theatre students seeing the industry struggling, partly because we’re worried about our own futures, but more so because of the heartbreak of watching how coronavirus has affected the industry we love so much. So when this campaign came along, it felt like the perfect way to do our bit.”

Fellow student Jack Hanley, who has worked with Dovehouse Theatre, added: “Students Saving our Theatres is such an important campaign, as it’s raising money for our much loved local theatres that throughout this crisis have struggled increasingly due to the lack of funding they receive and how much they rely on the programmes and performances they stage.

“It’s important to me due to the work I do with Dovehouse Theatre, an independent theatre in Solihull bringing the arts alive to people who may not necessarily access mainstream stages. I started working with Dovehouse Theatre late last year and working on various projects, such as musicals and theatre in education programmes. It’s vitally important this gem of a theatre stays alive and keeps providing the local talent a platform to perform to audiences of Solihull.”

Students are also encouraging the public to sign a petition to the government to provide financial support to performers and creators during the Covid-19 crisis.