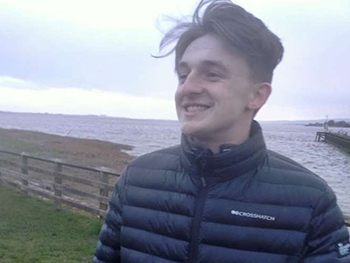 BMus (Hons) student Éire Lavery has won an Irish Heritage Composition Competition, which includes a £3,000 prize to spend on music education and a premiere performance of the piece in London.

He won the prize for his piano quartet, ‘To Persevere’, drawing on what he had learned so far in his studies. The brief was very open, with the criteria that the piece had to “inspire hope”, and include a piano and any woodwind ensemble. Éire’s piece featured a B-flat clarinet, soprano saxophone and alto saxophone, as well as the piano.

Irish Heritage is a registered charity dedicated to advancing public education and appreciation of the arts, particularly those of Irish and Anglo-Irish arts, literature and drama.

The Music Bursary for Composition is open to young first and second-generation Irish composers, studying at recognised music conservatoires and other colleges in Ireland and Britain.

Éire said: “I called my piece ‘To Persevere’ because at times the harmonic content and the treatment of tonal centres mislead the listener to unpredictable cadences that fail to find their feet in comparison to the final bars.

“In addition to this, melodic themes and particular changes regarding the metre foreshadow the final surge to Hope.”

The new composition will receive its world premiere at an Irish Heritage event in London later this year.