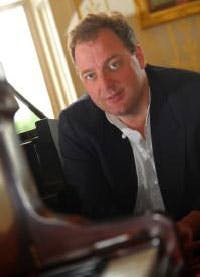 Birmingham Conservatoire is delighted to welcome John Thwaites as its new Head of Keyboard. He took up the post in September 2010.

John Thwaites comes to the Conservatoire from a full-time post at the Royal Scottish Academy of Music and Drama, having previously taught at the Guildhall School of Music and Drama and at Christ's Hospital, where he was Head of Keyboard. He is Director of Cadenza International Summer Music School and broadcasts and records as a member of the Primrose Piano Quartet.

He takes over from Professor Malcolm Wilson who retired in the summer following 40 years of teaching at the Conservatoire – 26 as Head of Keyboard. Under his leadership, the Piano Department grew and developed tremendously, producing numerous prize winners and successful performing / recording artists. Recent alumni include Di Xiao (chosen as the UK’s 2008/09 ‘rising star’ by the European Concert Halls Organisation) and David Quigley (international recitalist and Artistic Director of Birmingham International Piano Academy).

On joining the Conservatoire, John Thwaites commented: "The Keyboard Department in Birmingham has a deservedly fine reputation, with an outstanding faculty and student body. While new appointments offer a chance to re-examine and innovate, I am mindful of Eliot and Tippett, and their understanding that meaningful renewal is rooted in resonances often distant in both time and place. Birmingham Conservatoire’s Keyboard Department, it seems to me, respects both continuity and stability, freshness and new thinking, and this is a balance I hope to maintain as I join this splendid team."

Piano events of note during John Thwaites’ first year at the Conservatoire include a Chopin & Schumann Mini-Series – three piano concerts marking the 200th birth anniversaries of both great Romantic composers. The series runs from Tuesday 28 to Thursday 30 September and features Conservatoire pianists past and present.

Starting in November and finishing in the spring, Conservatoire Vice President and Consultant to the Piano Department, Peter Donohoe, will present the full cycle of Beethoven piano sonatas in aid of a new prize in his name: Peter Donohoe Prize for Young Pianists. Proceeds from all eight concerts – the first of which are on 21 & 28 November and 5 & 12 December – will go to support the prize.

John Thwaites concludes: “The world's current keyboard instrument of choice is the piano. Those who find their means of expression at the keyboard engage, to paraphrase Debussy, in a journey to discover ‘the naked flesh of emotion’, the particular paradigm in any piece that releases music to flood effortlessly through their fingers. All conservatoires hope to identify students with a passionate love of music and to help them to develop the full power of their musical voice. I look forward to bringing those aims to fruition in my new role here at Birmingham Conservatoire.”