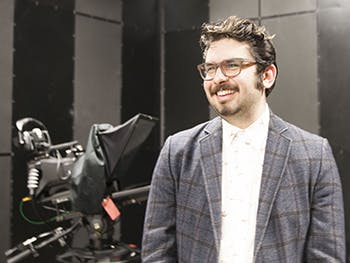 A golden era of music television is set to be recreated at Birmingham City University, as a major new research project looking at jazz broadcasting in the 1960s gets underway.

As well as encompassing archival research and interviews with former production staff, the study will involve transforming the University’s main TV studio to simulate how a jazz programme was made. This will include scrutinising the technical decisions faced by television crews and improvising musicians at each stage of producing such a broadcast.

In order to realise this, researchers will be working from the original BBC camera scripts, while the cutting edge facilities in the University’s £62 million Parkside Building can precisely record the role of improvisation in the relationship between a television crew, their equipment and a contemporary working jazz group.

Dr Nicolas Pillai, based in the institution’s Birmingham School of Media, has secured a prestigious Early Career Leadership Fellowship from the Arts and Humanities Research Council (AHRC) to ensure the project comes to fruition. He said the funding, worth nearly £170,000, will allow him to look ahead to the future of music television, as well as considering its past:

“The study presents opportunities not only to generate an interdisciplinary theoretical model of music television production for the 21st century, but also to engage wider communities of musicians, media professionals and arts audiences.

“In choosing this methodology of recreating a historic broadcast, I am challenging traditions within jazz scholarship of seeing television as a transparent and easily understandable medium, with no consideration of complex production processes or the creative negotiation between production crews and musicians.”

The project’s launch comes with a sense of urgency, as it is now more imperative than ever to record the expertise of those who worked in jazz broadcasting over 50 years ago, before their knowledge is lost forever.

This research also represents the first attempt to document the location and print quality of existing 1960s BBC jazz television, drawing on Birmingham City University’s own archive and by establishing a cross-generational forum of archivists, fan collectors and media studies academics. 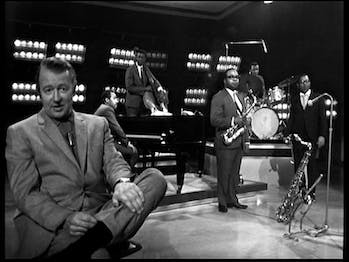 The survival of these 1960s programmes has been complicated by the wiping of many episodes and a subsequent confusion over what exists in both BBC and British Film Institute holdings.

The historical element of the project will reinstate television as a crucial part of the British jazz narrative, but also place televised jazz within a larger understanding of the public service broadcasting landscape. Music and television have a history of coexistence, with much music being made within the processes of television itself.
Dr Nicolas Pillai, Research Fellow, Birmingham School of Media

“My published work has already argued that, from its earliest days, jazz has frequently relied upon visualprocesses to generate meaning and I hope this project further accentuates that with new evidence.”

Although focused on BBC jazz programming, Dr Pillai hopes the project will stimulate additional research on ITV’s music output; on the relationship between jazz radio and television; and on the reception of BBC jazz t 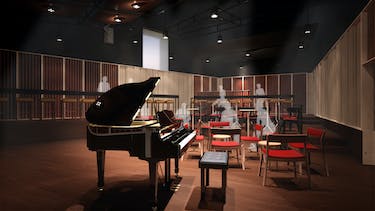 elevision in Commonwealth countries, for example.

The project – ‘Jazz on BBC-TV 1960-1969’ – will be facilitated by the Jazz Research cluster at Birmingham City University, which is led by Professors Nicholas Gebhardt and Tony Whyton.

Although only three years old, the cluster boasts 29 members, including 12 jazz researchers from across the Birmingham School of Media and Birmingham Conservatoire, nine doctoral students and leaders of the regional jazz community, as well as additional academic partners at Middlesex University, University of Warwick, University of Amsterdam (Netherlands) and University of Aveiro (Portugal).

Birmingham City University now arguably hosts the largest jazz studies research centre in the world and, on the basis of achievements like Nicolas’, is now the source of some of the leading work in the field.
Professor Tim Wall, Associate Dean for Research in the Faculty of Arts, Design and Media

“Our Jazz Research cluster has already secured several major research grants worth over £400,000, produced numerous articles and books, runs a monthly research symposium, hosted an international conference and attracted visiting researchers from all over the world. It is a model of success we are extending to all our Faculty subject areas.”