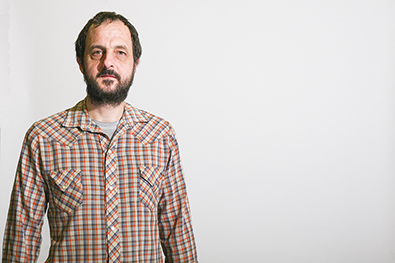 The annual online music listening research project Harkive returns on Tuesday 21 July 2020 to take another look at the popular music listening experiences from around the world.

Now in its eighth year, Harkive will once again invite music fans to describe how, where and why they listen to music across a single day as the project continues to chart the everyday popular music experience of ordinary listeners.

This year, however, the everyday is far from ordinary as the world is gripped by a global health crisis. In addition, the ensuing lockdown has led to an abrupt suspension of the live music offering, potentially driving fans to reconnect with artists, songs, albums, playlists and live recordings of concerts and performances online.

In previous years, Harkive has shown how people integrate music and technology into their everyday routine such as the commute to work, or the gym workout. This year, many of those familiar routines have been altered. It will be fascinating to see how music plays a role in peoples’ new reality, and how music finds a place in busy households, where it has to compete with other media forms.

Since launching in 2013 the project has collected over 13,000 unique stories from around the globe. That figure is set to grow again on 21st July, and amongst the stories of pandemic listening this year, the project also expects to see reflections from fans on their pre-COVID listening, thanks to the recently launched MyHarkive web app.

Dr Hamilton continues, saying, "The MyHarkive app allows people who have taken part in previous years to revisit their stories. I wanted people to be able to look back at the way they used technologies in 2013, or to look back at the music they were sharing in 2017. I think those stories will take on an extra significance this year as people compare them to their 2020 experience.

Visitors enter the social media username they posted from in previous years and are presented with a timeline visualisation of their past posts, even showing them the time of day they posted. A database view also allows users to read their past text, and follow links to music they shared.

In previous years the project has featured extensively across BBC Radio, with pre-recorded packages and live interviews airing on BBC 4 Today Programme, 5Live Drive, The World Service, BBC Radio Scotland and BBC local radio. The project has also received coverage from a diverse range of online and print media outlets, including NME, Popjustice, The 405, Hypebot and LouderThanWar. In each year the project has run the #harkive hashtag has been a top trending topic on UK Twitter.

Harkive was developed by Dr. Craig Hamilton, a research fellow in the Birmingham Centre for Media and Cultural Research at Birmingham City University.  His research explores contemporary popular music reception practices and the role of digital, data and Internet technologies on the business and cultural environments of music consumption. Prior to entering academia, Craig spent 20 years working in the music industries, in retail, the live sector and in digital distribution, as well as working as a musician and songwriter, most notably recording two BBC Radio 1 sessions for the late John Peel.

Music lovers will be able to contribute their stories on Tuesday 21 July, either by posting to social networking sites such as Twitter, Facebook, Instagram and Tumblr using the #harkive hashtag, or by emailing the project directly.