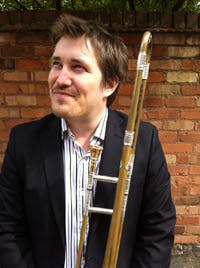 Five postgraduate students at Birmingham Conservatoire, part of Birmingham City University, have been awarded funding to assist with their studies after impressing a panel of eminent musicians with their outstanding talent at the 2012 Postgraduate Performance Awards.

The Musicians Benevolent Fund works in close collaboration with conservatoires across the UK on the Postgraduate Performance Awards, recognising talented young artists.

Following an audition, excelling students are offered funding awards to help with maintenance costs whilst studying, with individual awards ranging from £1,000 to £5,000. Alongside assistance with learning costs, the Musicians Benevolent Fund works with students to build ongoing relationships and provide professional development opportunities.

David Saint, Acting Principal at Birmingham Conservatoire, said: “I’m really pleased with the success of our students and would like to thank the Musicians Benevolent Fund for supporting them.”

Postgraduate students receiving awards at Birmingham Conservatoire included Ben Murray and Hetti Price who both received £1,500, and Martyn Sanderson who received an award of £4,000.

Martyn said: “I ensured I was well prepared for my audition and wanted to show the versatility of the sackbut by playing juxtaposing pieces. I was delighted to hear that I had received an award and it will help a great deal towards my next year of study.”