From the Conservatoire to the Paralympics: Meet the alumna excelling in the sport that changed her life 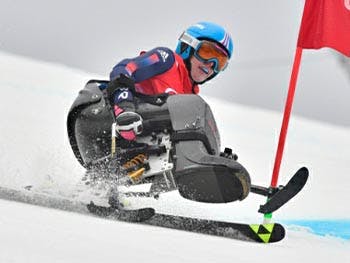 Shona Brownlee, who graduated from the Royal Birmingham Conservatoire with a degree in Music in 2002, never expected where life would take her. After working as a freelance musician, Shona was inspired to join the Royal Air Force’s Central Band to play the French Horn and Piano.

She said: “I joined the RAF's Central Band in 2012. I had studied Music with some friends who had joined straight after graduating, but I didn’t think I was a military type of person.

“I went down and visited them a few times and I got the chance to sit in and play with the band. I realised that the job was pretty much the same as what I’d been doing but with a uniform and you get a whole host of extra benefits too, like sports, training, education and funding.”

But after getting injured during training, Shona’s life was changed forever. After spending six years on crutches, Shona made the difficult decision to have her leg amputated in 2018. She said: “As my injury had happened six years before, I’d had time to make the decision, adjust to things and come to terms with it before I had my leg amputated.

"Going through the military rehab centre, I met a lot of amputees and although they were a lot more injured than me, they could function more as they weren’t restricted by crutches. As a result of the injury, I had to widen my perspective, which was how I got into everything else." 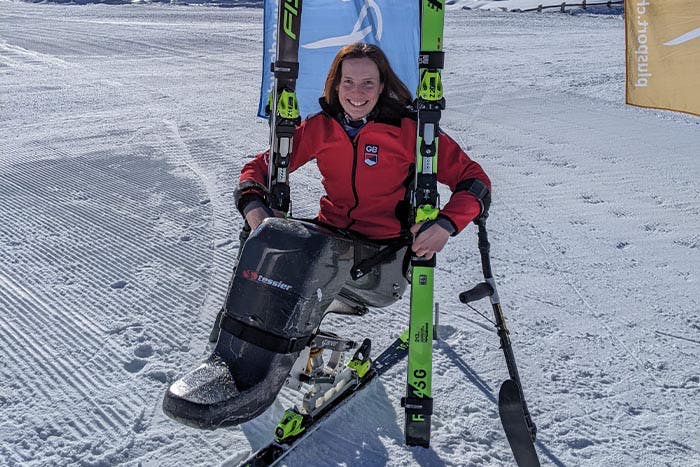 By chance, Shona was invited to go on a skiing trip during her time at the Headley Court Defence Medical Rehabilitation Centre, where she fell in love with the sport. She said: “Skiing all happened by chance. There is an organisation called Battle Back that organise sport and training opportunities for injured and ex-service personnel. I got the chance to go away on a skiing trip to Bavaria with them in 2015. I’d never been skiing before and I just thought why not, it will be a nice break and a chance to do something different.”

After support from the RAF and being accepted onto their Elite Athlete Scheme, which meant that she was able to temporarily leave the Central Band to train full-time, Shona decided to take skiing more seriously and was keen to compete as a Para Alpine Skier.

She said: “Skiing gave me a new lease of life. At that point in my injury, everything seemed very negative, and it felt like the focus was on everything that I couldn’t do.

“Getting involved in adaptive sport really helped to shift my focus and look at all the things I could do. I might ski in a different way to a ‘normal’ person, but I’m still out there skiing and doing the exact same activity on the exact same mountain. It made me realise what was possible.” 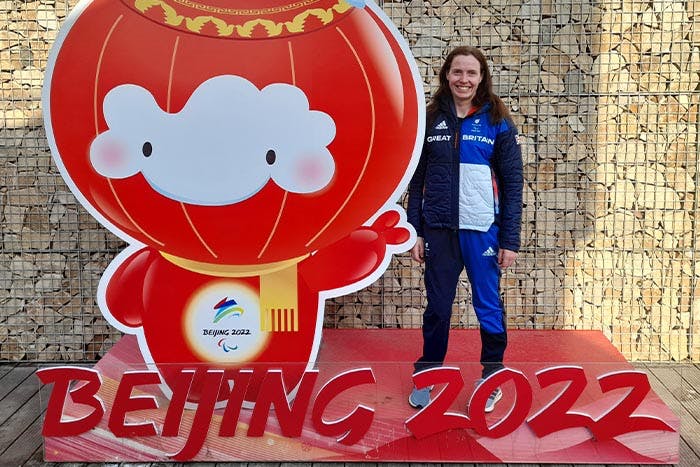 After competing in her first international race in 2019, Shona soon made it into Team GB, and was able to compete in the Winter Paralympics earlier this year: “Competing on the world stage during the Paralympics was completely surreal and it still hasn’t quite sunk in. The chances of even qualifying for the Paralympics are slim, and this time last year I wouldn’t have expected it. But then it just all came together.

“I did my first World Cup Race in December, my first World Championships in January, and then flew out to the Beijing in February. It was an amazing experience to be there, and it was so exciting. But it was also quite terrifying being on that world stage and going from nothing to having reporters and cameras in your face.

“But it was an incredible experience. When I got to the end of my first race, the feeling at the finish line was amazing. I just thought, wow, I just finished a race in the Paralympics.”

Last year, Shona was named RAF Sportswoman of the Year in Great Britain, followed by an MBE in the 2022 New Year Honours list. She said: “Both award wins were completely unexpected. The RAF has a huge number of amazing sportspeople, so to be recognised was an honour. Similarly with the MBE, it was a complete shock, and it hasn’t quite sunk in yet.

“For me, it’s not about the awards and medals though. They are a nice bonus, but after being injured for so long and not being able to do things, the freedom that my amputation has given me has been incredible. There are now so many things that I can do, and I am able to do, and I just want to take advantage of it all. You don’t realise how much you take for granted until you can’t do things.” 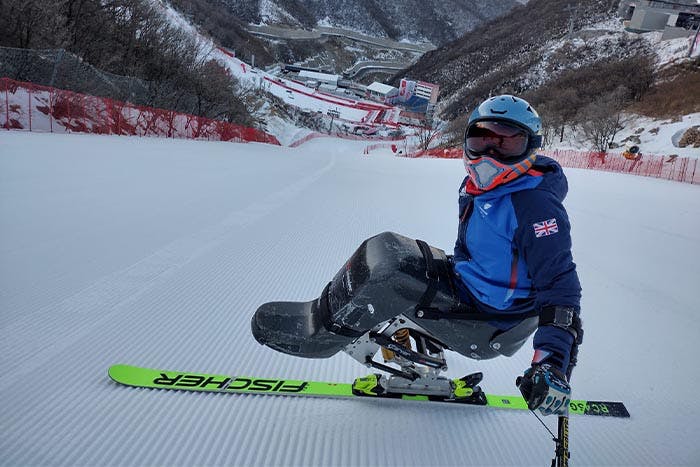 Although Shona is excelling in her sporting career, music will always be her passion: “I’m still in the RAF band. I’m fortunate to have the support of the RAF and they have always been really understanding and encouraged me to ski and compete, but I still class myself as a musician. I love to ski, but I will always go back to music and be part of the band.”

Shona has an incredibly exciting future ahead but remembers her time at Royal Birmingham Conservatoire very fondly. She said: “I really loved my time at university, it was fun, enjoyable and I had a really good time. I’m so glad I studied there as it opened a lot of avenues for me.

“My advice to current BCU staff and students is to grasp all opportunities, as you never know where they will lead. If someone had told me then what I’d be doing now while I was at the Conservatoire, I’d have laughed at them.

“I never had any intention to get involved in any of this stuff, but I’ve always made the most out of all the opportunities that have come my way.”