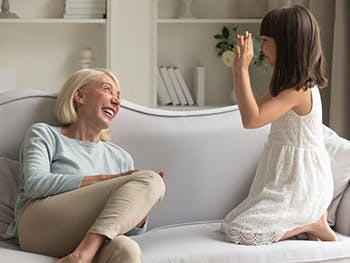 First-year students studying Applied Theatre at Birmingham City University have created DIY Drama Classes, an online outreach programme for children and their parents to encourage them to take part in learning together at home during the current Coronavirus crisis.

Two students – Hollie Westwood from Melton Mowbray, Leicestershire and Jack Hanley from Solihull, Birmingham – along with four friends from the course have created a range of teaching resources aimed at parents and their children affected by school closures under the Theatremakers company moniker.

Each day, the Theatremakers team will be highlighting a different activity via social media and encouraging families to take part in their own homes.

The project began earlier this year as an outreach project for Birmingham City University and the Royal Birmingham Conservatoire, with the aim of encouraging more young people to pursue performing arts in higher education, and to teach skills in empathy and communication.

In light of current circumstances, the team reshaped their plans for summer term resources to offer an online resource for primary and early secondary school-aged children and their parents instead. Theatremakers’ DIY Drama Class is designed for parents to undertake drama games and exercises with their children around a new theme each Sunday, from their living room, kitchen, garden, or wherever convenient.

Every Sunday evening, Hollie and Jack will be releasing a new pack of activities, games and ideas centred around a new theme “to get children’s brains and bodies working”.

First-year BA Applied Theatre student Hollie Westwood, who has helped set up the project, said: “Our motivation to start the project was making high-quality drama education accessible to more young people and the same can be said of The 'DIY' Drama Class, except now we're not only including kids, but their parents too. We want families to be able to have a break from 'academic' home schooling by using our resources to learn through play. Hopefully, for many families, The 'DIY' Drama Class will bring some lightness in difficult times.”