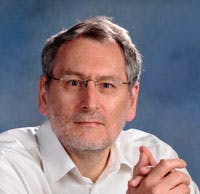 The work of 15th century musical theorist, composer and lawyer Johannes Tinctoris will be brought to life by a world-leading project to be carried out at Birmingham Conservatoire, which is part of Birmingham City University.

Professor Ronald Woodley has secured more than £400,000 of Arts and Humanities Research Council (AHRC) to complete a unique online edition of the whole corpus of Tinctoris’s writings www.earlymusictheory.org which will also be made available as a permanent resource on DVD.

The corpus of twelve Latin treatises by Johannes Tinctoris (c.1435-1511) is widely acknowledged as one of the most significant and comprehensive sources for late medieval musical notation and compositional process, as well as a central focus for important recent research on musical aesthetics and reception at this crucial turning-point in western European culture. Their content demonstrates not only an exceptional technical command of the intellectually demanding musical notation and theory of the time, but also an intimate acquaintance with contemporary compositional practice, derived from an in-depth knowledge of the composers of his day and their music, both in northern Europe, where he began his career, and in Italy, where he was employed during the 1470s and 80s at the Aragonese royal court in Naples.

For the first time many of Tinctoris’s Latin texts will be fully translated into English, which will further enable the detailed significance of the writings to be appreciated and explored by both scholarly readers and performance-based musicians in the early music community beyond academia.

An additional outcome will be the production of a new notation software package which will make available a wide spectrum of medieval and Renaissance musical notations for the first time to scholars, students, editors, publishers and performing musicians in a flexible and user-friendly application to a high professional level of historical and typographical accuracy.

The AHRC funding will allow for three other academics to work on the project: the distinguished Renaissance musicologist Dr Jeffrey Dean will be joining the Conservatoire as Senior Researcher; David Lewis will continue his current work as Researcher with Professor Woodley on the development of the new notation software application; and a new PhD student will be appointed to work on another related aspect of Tinctoris’s work. The research will take place over three years from July 2011 to June 2014.

As the project progresses, the edition will have additional layers added which will use Tinctoris’s primary texts as a pedagogical resource to enable users, especially undergraduate and postgraduate students, and early-stage scholars and performers of late medieval and early Renaissance music repertories, to learn and practise the detail of medieval notation through interactive engagement, independent virtual learning and self-testing.

Professor Ronald Woodley, who has an international reputation for his work on late medieval music theory and notation, said: “The completed resource will greatly enlarge both the scope and accessibility of Tinctoris’s work. Multiple layers of hyperlinked commentary material, including facsimiles of the main manuscript sources, will also be provided, covering a wide range of technical, historical and critical issues arising from both the texts themselves and the wider context of Tinctoris’s life and the musical environment of early Renaissance Europe.

“Combining the highest levels of historical, textual and critical scholarship with innovative technological presentation, this open-access edition will explore innovative methods of relating text-based materials to the numerous, often complex, music examples which punctuate the treatises.”