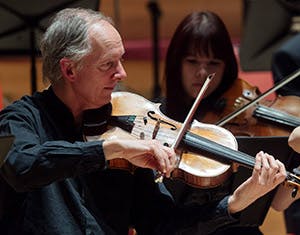 An international competition has been launched to find the next generation of viola players.

The stringed instrument, often side-lined in favour of more popular instruments such as the violin, is the central focus of Cecil Aronowitz International Viola Competition, open to all violists under the age of 21, and aims to encourage more young people to take up the instrument.

“The viola is just not well known enough or offered readily enough within music education. The idea was to bring the viola into the spotlight and to make people aware of such a beautiful instrument,” says competition administrator and Conservatoire student, Eileen Smith.

“There is a distinct lack of young violists, especially in the majority of schools in the UK and this should definitely be addressed.” 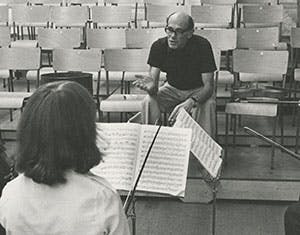 The competition is dedicated to the memory of famous South African violist and Benjamin Britten collaborator Cecil Aronowitz, and has been organised by Birmingham Conservatoire and the British Viola Society.

Viola players around the world aged under 21 are ivited to enter the competition which takes place at the Conservatoire between 24 and 26 October 2014.

The overall winner will be awarded Cecil Aronowitz Prize of £2,000 and several high profile recitals. There are also other prizes, such as the best performance of Bach and most promising competitor under 15.

“We are delighted to have been asked to join forces with Birmingham Conservatoire and Birmingham City University, to support the new Cecil Aronowitz International Viola Competition,” says British Viola Society Secretary, Sue Douglas.

“The British Viola Society will give a big welcome to all the talented young viola players from around the world who come to Birmingham for the competition.

“Entrants are required to join or become members of the British Viola Society and we are looking forward to having the support of new young players.”

“Young musicians should take up the instrument as it makes a beautiful sound, has an important and interesting role in chamber music and can provide a range of timbres that other string instruments don't offer,” says Eileen Smith.

“It is a beautiful mix of different sounds, from the deep rich lower strings, to the cantabile top strings. It is a terribly underrated instrument and can offer so much joy and satisfaction to both the player and the listener. Violists should enter this competition as it will be an amazing experience!”