Welcome to the fifth instalment of the second series of Passing the Baton. Each week, a member of the RBC community will interview a colleague to gain some insight into how the coronavirus crisis has affected their life, both professionally and personally. The interviewer will then pass the baton to the interviewee who will go on to present their questions to another person until finally closing the loop with an interview with our first candidate.

With ‘normal’ teaching and rehearsals being a thing of the past at the moment, how have you adapted to online teaching and recording? Have you enjoyed working over Zoom or Skype, how has this changed you as a researcher?

It all happened in an unexpected way. I should have led a workshop at the end of March at the University of Birmingham, involving students from RBC – organ students and singers on the scholar scheme of Ex Cathedra, whose director Jeffrey Skidmore is Artistic Director of Early Music studies at the Conservatoire. 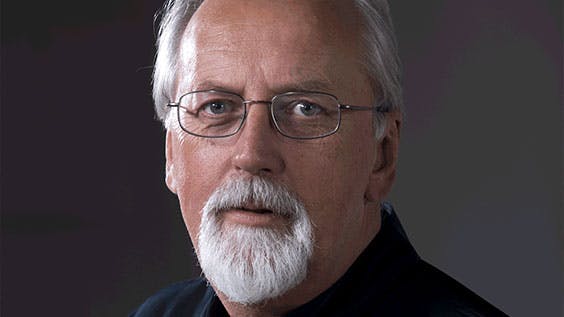 We should have spent an afternoon looking at repertoire connected with my doctoral research, English verse anthems from the late 16th and early 17th centuries. This was to be followed by a concert that I was to direct in July at the Biennial International Baroque Music Conference, hosted at the Conservatoire.

When the workshop was cancelled as a result of lockdown, and shortly afterwards the concert too, Jeffrey suggested that we carry on with some weekly Zoom meetings, at which I would make presentations about verse anthems and their background, and we would see how far we could get with some online rehearsal of an anthem that I was reconstructing.

It rapidly became clear, as many have found when they first tried Zoom, that latency problems make live music making unworkable. So, we began experimenting with putting together patchwork performances from individually recorded contributions. Things improved rapidly and it proved possible to achieve some great results, which show that Zoom can be really useful for research into historical performance practice.

We would listen to the combined result of a section that people had recorded over the past week, discuss it and then make another version to compare, eventually assembling the whole anthem in video, which will soon be posted on the Ex Cathedra website. Reconstruction is part of my research, and I’ve certainly learned a lot more from the experience of these Zoom meetings about how to demonstrate the process in action.

I’m someone who always needs to have music to be working on to keep me driven. What have you been using as a drive to keep practising and improving?

I must admit that I had already wound down a lot of my performing work when I started this doctorate simply because of the requirement to spend so much time reading and looking at source, so I haven't found it nearly as disruptive as many of my professional colleagues with whom I used to perform quite regularly. For them, lockdown has been a disaster, of course. For myself, the half dozen or so concerts that I had around Easter, which I normally play in at that time of year, several of them with a group based in Scotland, all disappeared within two or three days. Then a residential course that I would have been teaching on in Belgium also went. I rather lost the incentive to practise that much. I’ll have to start resurrecting it soon

As not only a PhD student, but also the General Editor of Fretwork Editions, have you struggled with your research due to the lack of facilities and resources available over the past few months?

Well yes, that has been quite a problem, since the libraries were all closed, and that meant not only that I couldn't get books out, but that I couldn't get into places such as the British Library or libraries that I had been visiting in Oxford and Durham to look at the manuscripts, which are an important element of my research. 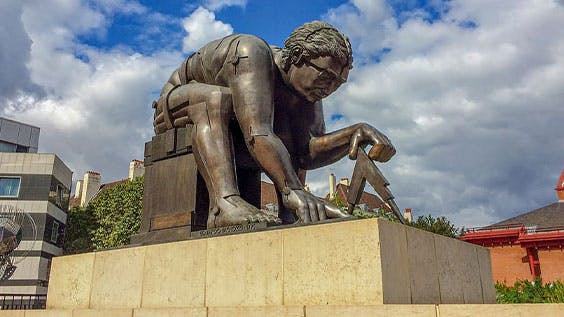 Fortunately however, I had visited a few not long before lockdown and collected quite a lot of images on my phone. It’s amazing that you are now allowed by some libraries to photograph priceless old manuscripts on your phone for research purposes, so I have had them to work on.

That apart, I discovered that I could join a number of other useful Zoom meetings on musicological subjects, which I might not have investigated, and certainly not in the company of so many scholars in other countries. And I also managed to spend more time than I would otherwise have done in helping to promote the recent release of a CD (‘In Chains of Gold: The English Pre-Restoration Verse Anthem Vol.2, William Byrd to Edmund Hooper: Psalms and Royal Anthems’), which we made in January 2019 as part of a project which I have been leading. I’ve done some interviews with the music press and on Radio 3’s ‘In Tune’, which seem to have attracted some attention, so that’s been a plus.

What is the thing that you miss the most about performing and practising live music with other people?

Well, of course, nothing can replace live music, even though remarkable things have turned out to be achievable online which one might not have expected before. I have friends that I have I missed seeing in groups that I regularly play with, especially the one which is based in Edinburgh.

Whenever I go up there to play with them it’s a delight, not just because they are wonderful colleagues, but it’s such an amazing location. When you're talking about research into historical performance practice, there is no substitute for trying out the things that are suggested by what you have read, but never heard. The director of that group Dunedin Consort is John Butt, a world famous Bach scholar, and he has been an inspiration to me in how to combine scholarship with performance, so it's always a re-injection of stimulus that I get from playing with him. I try to bring that into my own work. 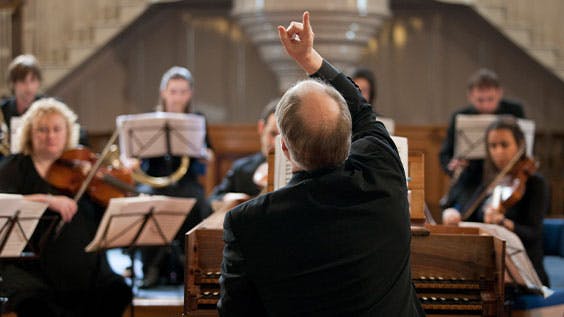 Outside of music what do you miss the most?  Have you discovered any new hobbies/talents?

I suppose that something that I have learned a lot more about during this period is how to be more productive at posting in Facebook. I've found myself sucked into participating in political discussions, since I became so outraged by the outcome of the General Election. It can be to an extent cathartic to express your frustrations to a group who share your own anger at what's going on, but that only goes so far and my phone tells me I’ve sometimes spent too much time at it.

Have you got any recommendations of TV shows, films or podcasts you’ve discovered during lockdown?

Well, I've enjoyed working my way through a number of TV series and films while on my exercise bike, when we were more or less confined indoors for the beginning of the lockdown. I managed to see the whole of ‘Line of Duty’, which I had missed first time around, and I enjoyed ‘The Irishman’ so much that I watched it three times in a row. But the most brilliant piece that I saw recently was ‘Staged’, that six-part comedy with David Tennant and Michael Sheen, about their attempts to remotely rehearse Pirandello’s ‘Six Characters in Search of an Author’. There have been so many brilliant reflections on life over the last few months.

With certain restrictions in place for the foreseeable future, where do you see the future of the industry post-pandemic? Do you think it will be able to fully able to recover?

I think that for research purposes, Zoom, or some other form of remote online interaction yet to emerge, is actually going to be a positive way forward, if and when life returns to ‘normal’. It has proved so easy, as well as economical in time and cost, to involve people remotely this way, whom it would be difficult to bring together physically.

As regards performance, I imagine that there may have been big advances over these past months in reducing latency problems, which still exist in remote synchronised performance online, so that more people will be able to perform without needing access to the huge resource that make it possible in institutions such as RBC or The Royal College of Music.

When you listen to leading scientists telling us that this virus may be with us for decades, you have to wonder whether there will ever be a return to the normal conditions that have made so much freelance music possible in this country, relying on packing audiences into a small space.

It can be depressing to contemplate the future for this side of the industry, but technology could provide new possibilities to make up for a restricted number of traditional performance opportunities.

If you could travel back to the first of March, what would you say to yourself?

On 1 March, the headline of an article in The Guardian ran: "Is Britain prepared for a possible pandemic? The signs aren’t all that good…" I suppose that my reaction, in the light of hindsight, would be:“Well, that’s an understatement, isn’t it?"

What is an Experimental Performance degree?

A career in film and TV composition

My favourite things about studying at Royal Birmingham Conservatoire