Welcome to the sixth instalment of the second series of ‘Passing the Baton’.

People I haven’t contacted for a while ask me whether I’ve been managing to keep sane during lockdown, expecting that creative people must be climbing the walls. What has kept you on the ground?

Bold of you to assume I’ve remained sane! Those who know me, will be aware that I panic if I don’t feel like I’m moving forward or if I don’t feel useful to others. In a time when the entire world feels like it’s on hold, I’ve had to take steps to make sure I feel like I’m on some kind of trajectory. I’m also used to whipping out a cheeky wee pocket diary to book in a pint with a friend during a busy week, so the lack of schedule was a major issue for me at the start of lockdown.

To get something fixed in my schedule to break up all the free time, I decided early on that I would need to get a ‘real job’ for the time being. Since coming home to Dundee, I’ve been working with a major UK supermarket, helping them to make sure those who are clinically extremely vulnerable to the virus have priority access to online delivery slots. I’ve also been able to point out and fix issues in their processes that make it harder for vulnerable people to use these slots once they’ve gained access. It’s not a permanent role for me, but it’s great to feel like I’m contributing to society while gigs are on hold.

With 35 hours of the week gone, I’m now finding it easier to plan out my practice. Previously, with unlimited time, I was constantly beating myself up for not having “completed jazz”, but now that time is of the essence, I can remind myself that as long as I can do something by the end of the session that I couldn’t do at the start, I’m winning. Pre-lockdown my plan was to take up a contract in September playing on the cruise ships as a reed player, so I’m specifically trying to maintain and develop those multi-woodwind chops until the industry starts up again, perhaps, in December, which normally means sticking on a musical soundtrack and trying to sight-read the reed pads.

You are clearly used to composing. Have you found the isolation has helped or hindered this?

Definitely hindered – I’ve been having a couple of ideas come to me, but there’s absolutely no motivation to develop them or finish anything, so post-lockdown I’ll definitely have a repository of voice notes on my phone to work through. To be fair, I’m also a bit worn out compositionally anyway - as lockdown hit I was just recovering from the debut of my latest project ‘Another Opening, Another Show’, where I took songs from musicals in the last twenty years, treated them as jazz standards and arranged them for 17-piece big band. Immediately before I started this, I’d just debuted ‘Songs From North of the Wall’, which was a Celtic jazz fusion suite written for quintet led by woodwind and fiddle, so in the space of six months I’d written and arranged about 15 charts over the two projects. 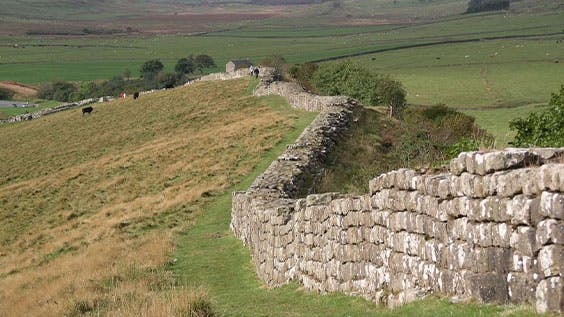 I’ve been finding it possible to use Zoom for some creative things in my research, but for actual live performance there are obviously problems. Have you been trying anything remotely like that, for instance, with Jamulus? Do you think there’s a future there?

Yeah, playing duets on Zoom with the latency is… interesting. At the moment, Zoom and other online video chat platforms aim to have the time taken between the sound of my sax entering my laptop microphone, and reaching your ears after coming out of your speakers to be less than 150ms. This, as a technological achievement on its own, is phenomenal.

The issue is that our ears are used to compensating for acoustic delays of up to around 10-12ms in everyday life, so anything longer than that feels like a noticeable delay and sounds late, which makes it impossible to play in time with someone else over video call, unless you both completely ignore the sounds you hear coming out of your speakers – at which point why play duets in the first place?

I haven’t really tried Jamulus or other software trying to fix that problem yet, but I’m excited for what the future holds. I’ve previously done some collaboration with artists in the US and found it difficult to lead/engage in a video rehearsal with such a delay, so it would be great to feel like I’m truly in the room. I also love the idea of four world-leading musicians all doing an online gig together in real-time from different corners of the globe, which I’m sure is just around the corner.

What new music have you been listening to, which you may not otherwise have discovered?

I’m not sure I’ve been listening to anything unexpected, but I have been trying to go back to tunes I know and love with a different perspective. As a white person playing jazz, it’s so easy for me to be blissfully unaware of the political/cultural significance of the music. When I studied jazz history, the focus was to be able to name a bunch of albums and tell people who the line-up of the band was, not to know about how those musicians were treated by society, and how the music was often a protest to that.

I had no idea that Miles Davis was arrested for standing outside a venue he was playing at because the police refused to believe that was his name on the billboard, weeks after recording one of the best jazz albums of all time. I had no idea that Max Roach hated the term ‘jazz’ because for him it just signified the abuse and exploitation of black musicians. I had no idea why musicians often gave themselves royal titles, or why the names of bebop heads were purposefully complex. With all that in mind, I’ve been trying to do as much research as possible and be more mindful of my privilege when I hear tracks like ‘Fables of Faubus’ and ‘Alabama’. 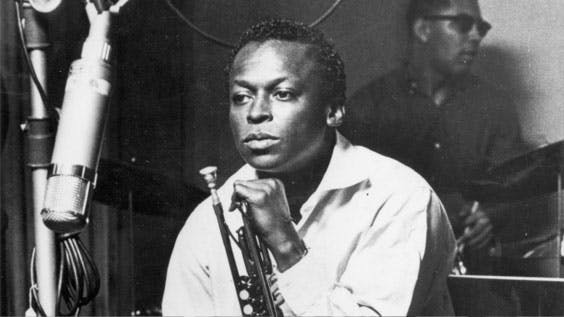 What do you most miss about life at RBC?

Definitely the practice rooms. I’m quite firmly not a morning person, so the ability to shed/muck around in a soundproofed practice room until 11.30pm – or all night, if you were in Belgrave View in the first year –was an absolute lifesaver. At the moment, I find myself sitting there at 10pm scrambling for things to do that don’t involve bingeing Netflix.

I’m also missing the community side of things – you’re constantly surrounded by people at college, which is the exact opposite of now. If you were in the building, you’d walk past other people practising on the way to the room you’ve booked and be inspired, waving through the little window in the door, and then later in the day you’d sit in the café with everyone discussing their day and what they’ve been shedding/listening to. Then being in Birmingham, there’s at least one gig a night, so the range of things to do and see with your friends was significantly larger than it currently is.

Is there anything positive that you think has come out these months of lockdown?

Yeah, definitely – the one thing that jumps out at me is how much people have finally embraced technology out to necessity. In my current job, I’m constantly hearing from elderly customers who have never used a computer before, but are now confidently whizzing around on an iPad, using digital banking, ordering their groceries, video calling family members and even treating themselves to things on Amazon. Even those who have been using technology for a while are starting to dig in to everything it has to offer, whether that be musicians using YouTube Live or Facebook Watch Party, or the general public preparing PowerPoints and sharing their screen on their weekly Zoom quiz with their pals. Slowly but surely, I think we’re getting to a place where access to the largest source of information in the world, isn’t viewed as something scary anymore, but as a tool that anyone can use to make their life easier.

Inspiring the Next Generation: YiLing Chaing