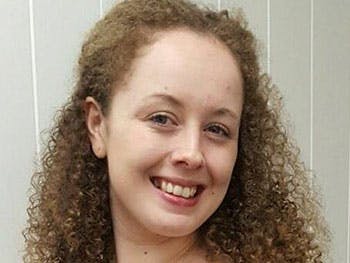 A postgraduate student from the Royal Birmingham Conservatoire has won the Geraint Morris Award, an annual Welsh competition for talented young soloists.

Mezzo-soprano Samantha Oxborough from Sabden in Lancashire is currently studying a postgraduate certificate in Vocal Performance at the Royal Birmingham Conservatoire, part of Birmingham City University, after graduating from the institution earlier this year with a first class undergraduate degree in Music.

The 2017 competition was held at the Town Hall, Neath on Saturday 2 September, where she was accompanied by guitarist and fellow Royal Birmingham Conservatoire student Alex Roche.

Samantha was told a few days later that she would be the recipient of this year’s Geraint Morris Award and, as well as a substantial cash prize, Samantha has also been invited to perform as one of the soloists at the Festival of Massed Choirs in the Royal Albert Hall, London on 19 May next year.

The Festival will also feature previous winners of the Geraint Morris Award, Rhydian Jenkins (2015) and Ffion Edwards (2016), as well as Jospeh Cavalli-Price who won the 2017 J. Layton Watkins Memorial Award for Young Conductors and Accompanists.

“As we set off to Neath to audition for the award, Alex and I never expected to walk away as winners. I am so honoured to receive this memorial award and would like to thank Royal Birmingham Conservatoire for preparing me for this audition by supplying me with countless performance opportunities and also introducing me to my duo partner, Alex.

Performing at the Royal Albert Hall is my dream and I cannot wait for it to become a reality!

Samantha was nominated for the Geraint Morris Award by the Oxford Welsh Male Voice Choir, following her impressive performance at their St David’s Day Concert in Oxford earlier this year.

“We couldn’t be more thrilled for Samantha. She is amazingly talented and I’m sure she has a glittering career ahead of her. To perform at the Royal Albert Hall at only 22 years old is a huge achievement.

“Oxford Welsh Male Voice Choir are so pleased that they have been able to help her along her way. This is just the start. We hope to be invited when she debuts at Covent Garden, as we’re sure she will.”

“It will be a wonderful evening – Oxford Welsh are being joined by Ogmore Valley Male Voice Choir so we expect about 90 voices on stage. We’ve also invited back two wonderful soloists, Sophie Pullen and Charlotte Tetley. Although not on the programme for this concert, I’m sure we’ll persuade Samantha to sing for us too.”

Organised by the Welsh Association of Male Voice Choirs, the Geraint Morris Award has been in existence since 2006 and is named in memory of Geraint Morris, a long standing member of the Executive Committee of the Association and a past Chairman. Geraint Morris was also one of the members involved in creating the competition.

Since 2015 it has been the policy of the Welsh Association of Male Voice Choirs that the winners of this competition will take part in the next Festival of Massed Choirs at the Royal Albert Hall in London.