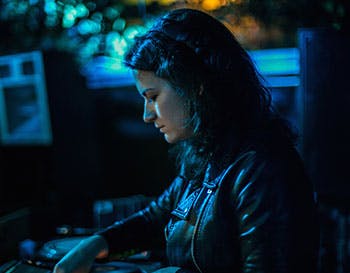 A student from Birmingham City University’s Royal Birmingham Conservatoire is hoping to fill dancefloors this summer with her latest track, ‘

Birmingham-based music producer and DJ Gemma Whitfield – known as Roman Candles – is currently studying a Masters in Music Technology and ‘Body Spirit’ will feature on a dance EP she is currently working on to submit as part of her course.

Released on Friday 4 May, the tech house track has been inspired by 1990s acid house music, defined by the deep basslines and ‘squelching’ sounds of the Roland TB-303 electronic synthesizer-sequencer.

Gemma’s track has been released on Shanghaied Records, the in-house label of dance music website Data Transmission and has already been featured on ‘BBC Introducing in the West Midlands’, which showcases the best local unsigned musical talent. 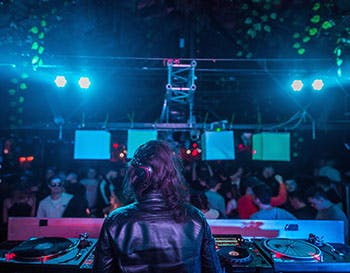 In between her studies, DJ Gemma has appeared at various iconic clubs and events in both Birmingham and London, including Hare & Hounds, Lab11, Lock Tavern, Made In Brazil, The Nightingale and The Roundhouse.

Hailing from Bearwood, she has also provided guest mixes for a variety of radio shows including Brum & Bass on Brum Radio, Recharge on Roundhouse Radio and Birmingham City University Student Union’s Scratch Radio.

I'm really excited to be releasing my latest track with Shanghaied Records, a label whose artists I look up to and have been hugely inspired by.

“I'm studying a Masters in Music Technology on the 12-month intensive route and it's definitely pushed me as a producer; I'm surrounded by incredibly talented musicians and my one-to-one tutors have a wealth of knowledge and experience in their field.

“The facilities at the new Royal Birmingham Conservatoire are world-class and I feel very lucky to be able to run my studio sessions here. Through the Conservatoire, I've been given some incredible opportunities to develop my skills for my professional career, including training for Pro Tools Certification, recording sessions with professional voice actors, seminars with award winning engineers, performance opportunities both in and outside of the UK, and collaborations with other departments, including Composition, Jazz and Percussion.
Gemma Whitfield

Roman Candles’ ‘Body Spirit’ is out now on Shanghaied Records and is available to stream via Spotify and Apple Music.