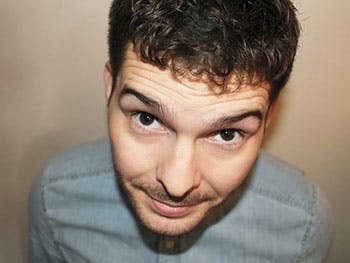 Four graduates from Birmingham Conservatoire are celebrating after being lauded as some of Britain’s most talented and exciting new voices in music.

New Voices 2016 is an annual scheme by Sound and Music, a national charity for new music in the UK, which champions new music and the work of British artists and composers.

Amongst the 25 artists celebrated this year for pioneering some of the most exciting innovations in music and performance are Birmingham Conservatoire graduates: Bobbie-Jane Gardner, Ryan Latimer, Andrew Thomas and Pete Yelding.

Bobbie-Jane is currently working on ‘for-Wards’, a project which involves creating 10 original musical works which reflect the sounds and stories of Birmingham districts.

Fellow graduate Ryan Latimer’s music has been performed throughout the UK and Europe by leading ensembles including the London Symphony Orchestra, CBSO and Britten Sinfonia.

Ryan was recently in residence with the BBC Symphony Orchestra and awarded first prize at the Young Composers Meeting in Netherlands.

Dr Michael Wolters, Associate Professor in Composition at Birmingham Conservatoire, part of Birmingham City University, said: “We help students to find their own voice, regardless of style and genre."

It's great to see that the leading organisation for the promotion of new music recognises the talent that our students have.