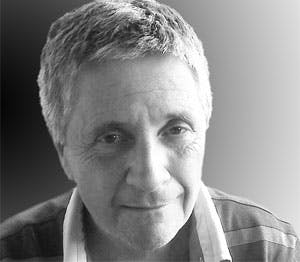 Andrew Downes, acclaimed composer and founder of Composition and Creative Studies at Birmingham Conservatoire, is celebrating his 60th birthday in style; a film created by his Daughter, Paula, and students playing his music in a one-off concert.

Born in 1950, Andrew Downes’ talent became apparent at an early age. At 16 years old, Andrew won a choral scholarship in Cambridge and gained an MA degree specialising in composition. He then went on to further his education by attending the Royal College of Music in 1974 and from 1990 until 2005 Andrew was the Head of Composition and Creative Studies at Birmingham Conservatoire.

Throughout this time he has become a celebrated composer, with his music having been performed throughout the world. In these two events, Birmingham Conservatoire celebrate Andrew’s talent and achievements throughout his life so far, with a short film based on Andrew’s ‘Songs from Spoon River’ made by his daughter Paula, and past and present students of the Conservatoire playing his music in his honour; this is an event that is not to be missed!

Andrew is thrilled about these special celebrations “I’m very excited about all aspects of the upcoming film screening and concert. I can’t wait to hear the students play my music, they’re all extremely talented musicians and I am especially looking forward to the film screening. This is a first for both me and my daughter, Paula, and with it having been filmed in Boston, this part will be extra special for me.”

Andrew’s birthday celebrations are on Monday 29 November at Birmingham Conservatoire’s Recital Hall. Tickets are £5.50 (£3) for just the screening (starting at 6pm) or the concert (starting at 7.30pm) and £8 (£6) for both events.

Don’t miss out on such a spectacular occasion!