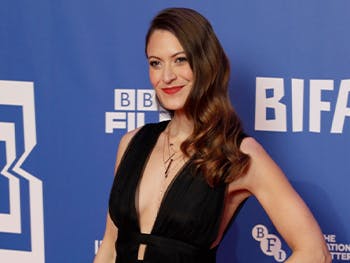 A BCU Acting alumna is celebrating after being nominated for a BAFTA.

Hester Ruoff, who graduated from Birmingham School of Acting, now part of Royal Birmingham Conservatoire, in 2003, worked as a Producer on the film Boiling Point and has been nominated in the ‘Outstanding debut by a British writer, director or producer’ category at this year’s awards alongside the film’s writer James Cummings.

Boiling Point, which was filmed in just one take days before the first national lockdown, has also been nominated in the Outstanding British Film, Leading Actor and Casting categories.

The film stars 'This is England', 'Line of Duty' and 'Peaky Blinders' actor Stephen Graham as an overworked Head Chef at a London restaurant one week before Christmas.

Hester, who has acted in the likes of Eastenders and Netflix film Villain, fell into producing eight years ago when she worked on comedy film ‘Convenience’, before going on to produce a series of short films, including ‘Gerry’, which starred Dame Joan Collins, which catapulted her into creating larger movies. Hester was given the opportunity to work on Boiling Point after hiring the director, Philip Barantini for a film that she was working on a year beforehand.

Elated with the news, Hester said: "I'm completely over the moon to be nominated for the award. I am absolutely blown away and so deeply grateful to BAFTA and everyone who has supported me throughout my career, not to mention the entire amazing Boiling Point family.

“Boiling Point is set on the last Friday before Christmas, otherwise known as ‘Mad Friday’ as it’s the busiest day of the year.

“It's about one night from the perspective of the Head Chef, whose life has begun to spiral out of control because of the pressure he is dealing with every single day. This one night just turns into total chaos for him, and it is a real look into what it's like to be very much a part of the restaurant industry.

“It was filmed in one shot just days before the first national lockdown. Covid-19 was looming and so many films were being shut down, so we had to make the decision that we were just going to have to go for it before we had to end filming.

“When filming in one shot, you have to do all of your preparation beforehand. We designed a camera for our cinematographer, Matthew Lewis, that balanced on both sides of his body so that he wouldn't have too much weight on his back. It was the right height so that if you turned around, it would just skim the surfaces of the kitchen and it wouldn't hit anything.

“It was very carefully choreographed beforehand so that we knew exactly what was happening and it was a real work of art that goes on behind the scenes. We also only had Stephen Graham and the actors together for about four days, so it was a huge sigh of relief when we managed to film it as quickly as we did, otherwise we would have had to have stopped filming and the movie wouldn’t have been made!” 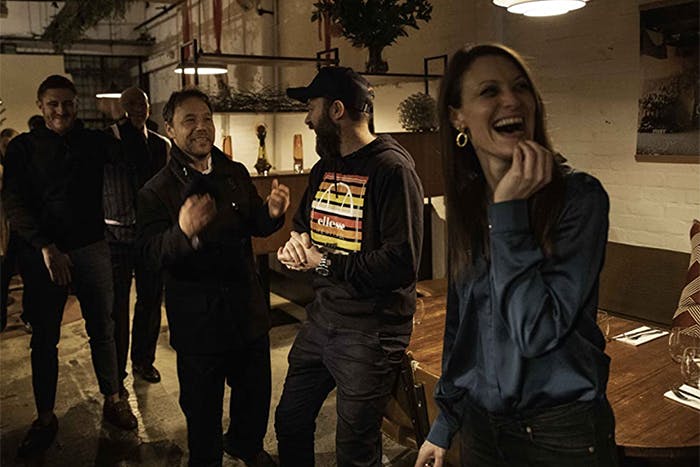 Taking on more production roles has given Hester the opportunity to work both sides of the camera and although it may be within the same industry, the roles couldn’t be more different. She said: “As a producer, you are the one providing the work for other people. You are the one that's in charge of the set, and anything that goes wrong is on your shoulders. It's hard work, but it's the most beautifully rewarding thing to see your actors and crew just moving in their strengths and talents in front of you when you're on set. When you see it on the screen, it is just so incredible.

“I love acting, and it brings me so much joy to act. But as an actor, you can sometimes be quite insecure because it's all down to somebody else. Does that person want you for the job? Can you offer them what they want? You have to rely on other people to hire you and cast you. As a producer, it's up to you and if you want to make a film. You don't have to wait for other people to tell you if you can and can’t do it.

“I am so passionate about people and helping others to feel supported, encouraged and providing them with a space where they can cut their teeth in the industry. For me, acting is about you personally, whereas producing is about other people.”

Things aren’t slowing down for Hester any time soon, with ‘A Violent Man’, where she also worked as a Producer and stars Craig Fairbrass, Stephen Odubola and Jason Flemyng being released online today (4 February). The graduate is also currently in talks with Amazon about a film titled 'Gassed Up', which she is also producing, as well as future projects that she is in talks with the likes of Netflix and the BBC about.

Thanks to her recent BAFTA nomination, Hester is on route to even more success in the future, but she has had to experience the good and bad parts of the industry to get to this point. She said: “I'm so grateful for every single part of my career. If you're going into this industry, you have to be prepared that you're going to get knockbacks, rejections and some really tough times. During my time at BCU, I suffered with Chronic Fatigue Syndrome, but it taught me to really persevere, keep going and know that I can overcome the tough times.”

Hester also has plenty of advice to share to current Acting students: “Don't rely too much on your agent or even worry about getting a ‘big’ agent. It doesn’t change anything and ultimately, you create your own destiny. Don't look around at what other people are doing, just focus on your own career and also, don't allow the knockbacks to make you think that you're not good enough because you are.

“Get together with other people, create together. I don't think the actor's life is about doing it solo, meet with other people who support you. Don't think that you're going to walk out of drama school and suddenly make it. It is all a journey. Also, start writing! A lot of Boiling Point was an improvised script, so it is a great skill to have. You’ll make so many great contacts during your time at university, so don’t feel like you’re on your own as there are so many people out there who will be happy to guide you. But ultimately, if it's in your heart, keep going no matter what.”

Boiling Point is in cinemas now. Watch the trailer here