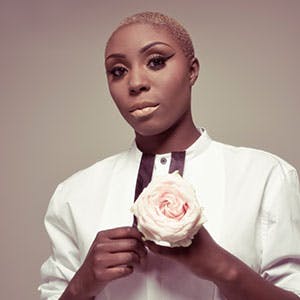 Birmingham Conservatoire graduate Laura Mvula is a singer-songwriter. She landed her first record deal with Sony Music Entertainment's flagship label, RCA Records, and in March 2013 released her debut album, 'Sing to the Moon', which reached the UK Top 10.

Laura won two MOBO awards in 2013 - Best Female Act and Best R&B/Soul Act - plus nominations for BRIT and Q awards, and she came fourth in the BBC's Sound of 2013 new music list.

In September 2013 her album - acclaimed by the Sunday Times Culture as "a masterpiece" - was shortlisted for the Barclaycard Mercury Music Prize. She has also recently featured alongside actress Dame Helen Mirren and singer Ellie Goulding in Marks & Spencer's 'Britain's Leading Ladies', a campaign for the high-street chain's new clothing range.