Endometriosis is challenging to diagnose even for doctors actively looking for it, research reveals 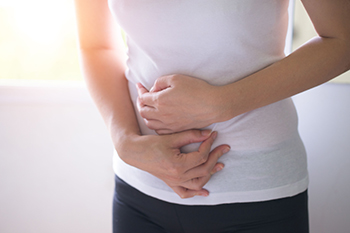 A new study has revealed the challenges facing doctors and patients in diagnosing endometriosis, suggesting that acknowledging the limits of medial knowledge on the condition is key to improving doctor-patient relations and reducing diagnosis times.

The study of GPs and gynecologists - the first of its kind in the UK - was carried out by Birmingham City University’s Dr Annalise Weckesser alongside Dr Stella Bullo’s The Language of Endometriosis project, and researchers Amie Randhawa and Zoe Bibbon.

The researchers interviewed nearly 20 doctors about the challenges they face when providing care for patients with suspected endometriosis. Findings have important implications for the All-Party Parliamentary Group government inquiry on endometriosis currently underway.

Endometriosis is a chronic cause of pelvic pain and many sufferers experience extreme pain, fatigue and infertility. Despite this, a survey by Endometriosis UK revealed that women often live with the condition for an average of seven and a half years before receiving a diagnosis and report going through cycles of ineffective treatment options with unpleasant side effects.

Carried out by researchers in the field, the study took a qualitative approach in investigating GPs’ experiences of supporting patients with suspected endometriosis.

The research, which was funded through a pilot grant from Birmingham City University’s Faculty of Health, Education and Life Sciences, saw 18 GPs and gynaecologists interviewed over the phone.

Doctors described their experiences of treating patients with suspected endometriosis as ‘challenging,’ ‘difficult’ and ‘not always straightforward.’ GPs also reported that the wide-ranging symptoms can make it difficult to identify.

Although lack of awareness of the condition amongst health professionals is often cited as a cause of delays in diagnosing a patient, even doctors experienced with the condition found it challenging to identify, with one doctor saying: “The challenge with [endometriosis] is, that obviously symptoms can be pretty vague. It’s always on your radar, but knowing when to refer people, particularly in light of the ridiculously long waiting times that we have at the moment, is what can be a challenge.”

The study revealed that many doctors recognised their patients feelings of frustration, sometimes describing them as going in to ‘battle’ and coming to appointments armed with information.

Some doctors taking part in the study argued that to improve the experience for patients, doctors need to acknowledge the limits of medical knowledge on the condition, with one doctor saying: “As medical doctors we need to get better at saying, ‘I don’t know, but let’s try and find out together’... that's a hard thing as a medical professional to say… I think having the ability and starting to do research [on endometriosis] has really helped me with that and I think it has a very positive effect for patients as well.”

The research also found that many GPs could not recall if endometriosis was included in their training and a number of doctors suggested there should be regular CPD courses in the condition, taking into account the wide range of symptoms it can present with.

These recommendations entail a recognition that endometriosis is a common and prevalent condition that warrants being part of generalist medical knowledge, rather than a condition only specialists have knowledge of.
Dr Annalise Weckesser

Read more about this research in the endometriosis special of Discover Society.