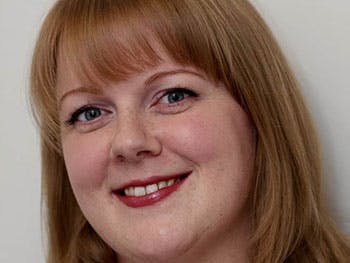 A Birmingham City University graduate is celebrating after being recognised in the Radiographer of the Year awards.

Marianne Kipling, who graduated from the University’s Diagnostic Radiography course in July, has been announced as Student Radiographer of the Year.

Marianne, who lives in Banbury and is originally from Edinburgh, will receive her award in November from the Society of Radiographers, the trade union and professional body for the diagnostic imaging and radiotherapy workforce in the UK.

More about our Diagnostic Radiography course

During her studies at Birmingham City University, Marianne represented over 10,000 students from across the UK, in a Health Education England project looking to establish a national perspective of what ‘good’ looks like in terms of clinical work placements.

Commenting on the award announcement, Marianne said: “It’s an amazing honour and a privilege to win this award.  When I began my studies at Birmingham City University I never dreamed I’d end up in this position, and I cannot thank the University enough for their investment, support, and belief in me.

“Without their expertise and encouragement I would never have realised my potential, and I’m so very proud to be starting my career with the University behind me.”

Birmingham City University’s School of Allied and Public Health Professions is the Midlands’ only centre for radiography training and is accredited by the College of Radiographers.

Helen White, Head of Radiography at Birmingham City University, added: Marianne has been an exemplary student throughout her time at the University, making the most of every opportunity presented to her.

Marianne has embraced the full spectrum of attributes that Birmingham City University diagnostic radiographers stand for in being autonomous, competent, patient focused and compassionate.