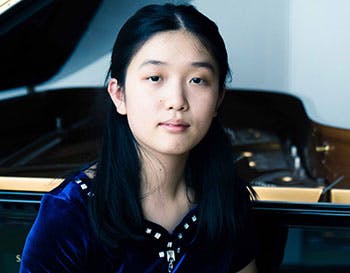 After impressing the judges at both the Keyboard Category Final and Semi-Final earlier this year, Lauren Zhang secured the top title in the Final of the prestigious national competition, which was held in Birmingham’s Symphony Hall on Sunday 13 May.

“Having spent a lifetime making music with some of the world’s finest musicians I can honestly say that Lauren is up there with the best – she is a total phenomenon.”

The music and acting college also hosted all five Category Finals – Strings, Keyboard, Woodwind, Percussion and Brass – of this year’s BBC Young Musician, as well as the Semi-Final, which was broadcast on Friday 11 May.

I’m astonished, I’m pleasantly surprised and, wow, I can’t believe it. I’d like to thank my family, as well as my friends and teachers for supporting me along the way.” 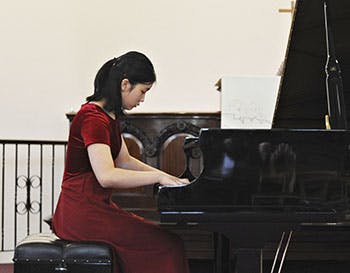 exceptional potential and the ability to achieve that potential. It trains young musicians to a level where they could gain a place at a senior conservatoire or music college, as well as offer preparation for the Associated Board exams to Grade 8 and Diploma levels. 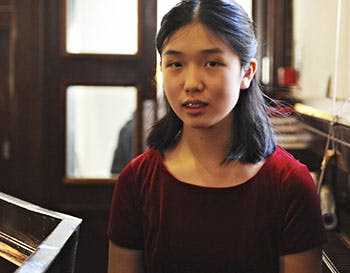 (UK) in the 15 years and under category in 2015. She also secured third place in the Beethoven Intercollegiate Junior Piano Competition at the Austrian Cultural Forum London in 2015.

BBC Young Musician is a part of the BBC’s ongoing commitment to supporting and providing a platform for new and emerging talent.