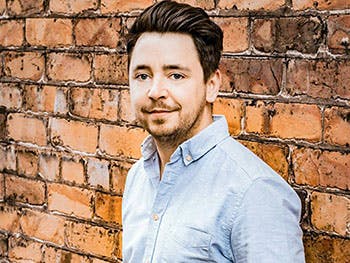 A Birmingham City University graduate, has been named on the prestigious Forbes magazine 30 under 30 list.

David Taylor, is CEO of Yorkshire Young Sinfonia (YYS), a youth orchestra for children between the ages of 12 and 18.

David studied cello at Birmingham City University’s Royal Birmingham Conservatoire and graduated in 2013. He then went on to teach Cello at the Edward Said National Conservatory of Music in Jerusalem, Israel, before setting up YYS in 2015.

David has been featured in the Forbes 30 Entrepreneurs under the age of 30 in Arts and Culture in Europe. The business magazine’s list features 300 young innovators, entrepreneurs and leaders across Europe under the age of 30 who are transforming art and culture, entertainment, industry, technology, finance, media and marketing, law and policy, retail and ecommerce, science and healthcare and social entrepreneurship.

Since forming, the YYS has been the winner of the 2016 Arts and Culture Award at the White Rose Awards, and is the first youth orchestra to make the digital shift to using iPads solely instead of sheet music.

“I’m completely blown away by the news. It really is an incredible honour and privileged to be recognised amongst some of Europe’s leading innovators and entrepreneurs.

“I have to say a huge thank you to all the members of the orchestra who make all of this possible and to the staff at the Conservatoire for helping me to pursue my passion for music.”

“David epitomises the entrepreneurial streak that we encourage in our students. He has achieved a huge amount in a very short time and now the world is his oyster!

It is fantastic to see such an amazing achievement made by one of our graduates who has continued to pursue his passion. I’m absolutely thrilled that David is getting this recognition for his hard work and dedication in helping aspiring young musicians develop their skills.