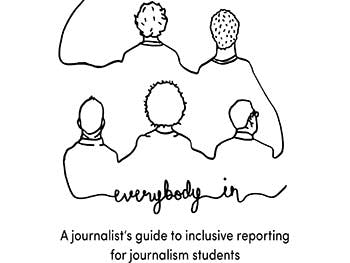 A new book by Birmingham City University aims to put inclusivity into the heart of the newsroom, ensuring that journalists better reflect the diversity of the UK population and beyond.

‘Everybody In’ tackles protected characteristics such as age, disability, gender, religion and sexuality, as well as class, Islamophobia and regionalism, and offers tangible examples of how journalists can embed genuine inclusivity into their work.

The themes of the book have already resonated strongly with the Executive Board of the Broadcast Journalism Training Council (BJTC), chaired by Ralph Bernard CBE. At their January meeting, it was decided that the ebook will be will be strongly recommended to all UK journalism students on their accredited courses. 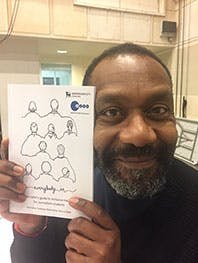 It is also being circulated through journalism education and training networks in China and India, as well as across Europe, and has been enthusiastically endorsed by Birmingham City University’s Chancellor, Sir Lenny Henry. The actor, writer, comedian and charitable campaigner said during his installation last year that “exporting the ideas of diversity, equality and creativity is a concept very close to my heart.”

‘Everybody In’ has been edited by Professor Diane Kemp and Bob Calver, who teach journalism at the institution, along with Marcus Ryder, Chief Editor for International Digital News at China's state broadcaster, CCTV.

“Journalism as a profession remains unrepresentative of the UK population, with it still being overwhelmingly male, white and from mid to upper class backgrounds. Despite the best will in the world, it’s hard seeing the relevance of some stories, getting particular contacts and avoiding unintended stereotypes if we work in monocultural newsrooms.

“This book, therefore, is an attempt to help us, as student journalists and trainers, from falling into some of those traps and rather than simply ‘doing diversity’, we seek to be inclusive in all our news coverage. We want news teams to do journalism better by properly reflecting the audiences they serve, but also encourage a newsroom culture that gives every journalist a voice that is respected and listened to.”

“We wanted to make this a practical guide for our vocational students who’re already packing a lot into each day on the course. So the sections are short and written by current and former journalists to show the relevance of these issues to their working lives.

“We asked them to write a short opinion piece on a topic which affects them, personally or through professional interest. These form the starting points for a discussion in class, to be followed up by working through some of the suggestions in the ‘everybody in’ section; developing contacts and doing newsdays from a different angle.”

Contributor James Bovill, Political Reporter at the BBC and Birmingham City University alumnus, writes about sexuality in journalism in ‘Everybody In’. He said:

“Most people at some point claim the media is biased in some way and, in my opinion, in TV and radio, it's rarely conscious. A lack of diversity in all its forms can be all pervasive in unconscious ways that most journalists probably aren't aware has an impact on their output.

I am proud to have contributed to this book and feel that its content is relevant to all journalists at any stage of their career.

‘Everybody In’ is out now and can be downloaded from Leanpub.