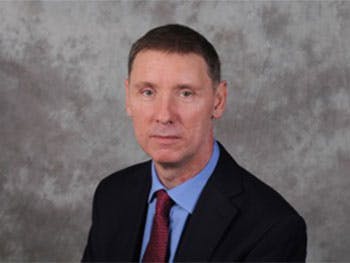 Paul McDowell, HM Chief Inspector of Probation, will be awarded an Honorary Doctorate on Monday 26 January, at a Birmingham City University graduation ceremony.

Prior to his current role, Paul spent five years as Chief Executive Officer at Nacro, the largest crime reduction charity in the UK. During this time he implemented a significant change programme, resetting the charity’s strategic priorities, driving efficiencies and ultimately successfully steering Nacro through a challenging period of recession.

From 2006 to 2009, Paul was Governor at HM Prison Brixton. Throughout this period, he halved assault rates and had considerable success in challenging cultural attitudes related to issues of diversity. As a result of this, he was recognised by the Commission for Racial Equality.

Prior to this, he was Prison Governor at HM Prison Coldingley from 2003 to 2006. During this time, Paul focused the prison on its key resettlement role, devising the STEPs resettlement project. This scheme galvanised partnerships between the prison and employers, leading to employment on release for offenders.

Paul has a Masters in Criminology and Prison Studies from the University of Cambridge and gained a Diploma in Criminal Justice from Birmingham City University when it was known as UCE Birmingham.

On receiving his honorary doctorate, Paul said: "I'm delighted to receive this honorary doctorate from Birmingham City University. I have always been passionate about criminal justice, and consider myself very lucky to have been able to study criminology at the University, where the Social Science school has a long established and well-deserved reputation for quality.

"The University is rightly proud of its achievements and with the imminent and exciting move to new, modern buildings, it is clear that staff will be in a fantastic position to maintain that reputation and continue to produce criminal justice leaders of the future, ready, able and willing to lead and innovate in their chosen field of expertise.”

Paul will receive his award at a Birmingham City University graduation ceremony on Monday 26 January.