From Birmingham to the Far East: Art and ecology on a global scale explored at University event 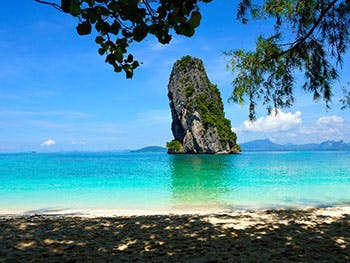 The challenges encountered in bringing together a team of more than 70 global artists to showcase their works in some of Thailand’s most remote beauty spots will be explored at a talk in Birmingham on Wednesday 16 May.

Professor Jiang Jiehong, Head of Research at Birmingham City University’s Birmingham School of Art has been chosen by the Thai government to curate the first Thailand Biennale, which will exhibit various works under the theme ‘Edge of the Wonderland’ later this year.

Unlike conventional art gallery exhibitions, the Thailand Biennale will be staged outdoors and organisers have selected the country’s Krabi Province for the inaugural exhibition. In preparation, Professor Jiang has led three site visits to Krabi with the artists since November 2017.

Located on the west coast of the southern part of the country, the area is one of the world’s most popular tourist destinations and is known as ‘the emerald of the Andaman Sea’. Its unique natural beauty has provided opportunities for artists to develop site-specific work at a range of outdoor locations, and to turn beaches, streams, waterfalls, caves, cliffs and rainforests into art spaces.

During the upcoming seminar at Birmingham School of Art (Lecture Theatre, 3-5pm) Joshua Jiang will deliver a visual report of the story so far, sharing his curatorial experiences in making the Biennale, and discussing the challenges and conflicts in the context of environmental, ecological and ethical considerations.

Curating the inaugural Thailand Biennale has been one of the most challenging projects I have ever worked on, but already it has been so rewarding. I cannot wait for visitors to see some of the site-specific artworks we will be unveiling in November, and I am sure the seminar in Birmingham will whet people’s appetites further.

“This event will also be of great interest to other artistic practitioners, as I will be offering a step-by-step guide on how to organise such a massive event outdoors and on the other side of the world, and the specific considerations that arise as a result. For example, Krabi Province is one of the most beautiful places on our planet, but it is important that the Biennale enhances this and doesn’t pose a threat to its delicate ecosystem. These are challenges you simply don’t have to necessarily consider in a traditional art gallery setting.

The four-month-long exhibition will be mounted at outdoor sites of historical, natural and cultural significance across Krabi, such as the Than Bok Khorani and Hat Noppharat Thara–Mu Koh Phi Phi National Parks, and feature newly commissioned, site-specific artworks created by emerging artists – including 10 artists’ proposals that will be chosen by Professor Jiang and an international jury. 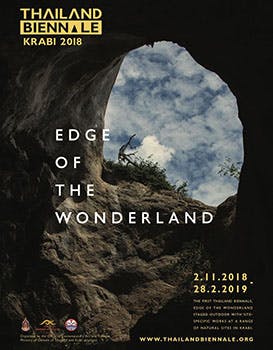 Chairing the seminar later this month will be Birmingham School of Art Senior Lecturer Dr Theo Reeves-Evison and there will be further participation from artist Jaime Jackson, whose own work explores the themes of ecology on a global scale.

Director of the Midlands-based artist organisation, Salt Road, Jaime’s work as a relational practitioner makes art based on, or inspired by, human relations and their social context. Part of New Art West Midlands exchange program and Biophilic Cities, his collaborative piece – the ‘Biophilic Treeline Programme’ – links artists, scientists and researchers across the UK, Norway and Spain to explore themes such as sustainability, biomimicry and activism.

Birmingham has more public open parkland than any other European city and is the only one in the UK part of the international Biophilic Cities network. Biophilic design aims to reconnect humankind with nature, sustaining a physical relationship in order to improve the overall environmental condition, as well as improving wellbeing, mental and physical health.

“The Treeline Programme in Birmingham builds on the biophilic legacy of public access to parks, the birthplace ofthe Industrial Revolution and the establishment of workers’ rights from the Birmingham Enlightenment period, as well as the progressive members of the Lunar Society.

“It is a programme of artist commissions, exhibitions and seminars, all part of the Birmingham City University-based New Art West Midlands exchange program. Treeline sits within the European Biophilic City Network and the European Green Capital programme. The project connects artists with government departments, sustainability organisations, arts organisations and universities in the Midlands with the South West, Mid-Wales, the Basque Country, Spain and Oslo, Norway. 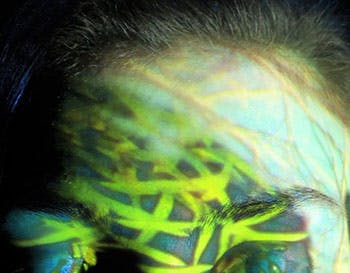 “There is no chance of change and there is no potential for movement without creative engagement or without making use of our imagination. For us to realise our interconnectivity and mutual interdependency we must shift our fixed-view perspectives of the nature of materiality. Treeline joins relational and multidisciplinary practice, enabling artists to work with science researchers and communities, working with people to create opportunities for biophilic reflection. This helps us to build a collective understanding of interconnectivity now and for all our futures.”