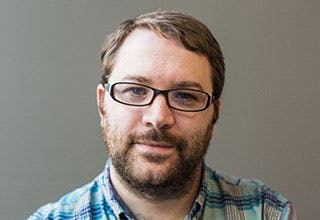 The co-founder of $3 billion dollar US app Slack and the first person ever hired to work for Flickr is to be honoured at a Birmingham City University graduation ceremony next month.

Cal Henderson has enjoyed a stellar career since graduating from Birmingham City University in 2002 with a degree in Software Engineering, working with Yahoo! And Flickr before launching business communications app Slack, which has over one million active users and has been valued at nearly $3 billion.

Next month Henderson, now Chief Technology Officer at Slack, will return from San Francisco to Birmingham to receive an award as one of Birmingham City University’s Alumni of the Year.

Speaking ahead of the award, Henderson said: "I'm very honoured, of course! I've lived in San Francisco for over 10 years now and, being immersed in the industry here, it's quite meaningful to receive recognition back home. When I was a kid and thought I could one day work at Microsoft – it never occurred to me that I could build a company that might become the next Microsoft. Silicon Valley is a long way from Birmingham.

A university education opens up a world of possibilities.

From a young age Henderson had his sights set on becoming a computer programmer, he said: "I've been interested in programming since I saw my cousin using a computer when I was five years old. It was a TI-99. My first computer was a ZX Spectrum +3, which I got a couple of years later. From the day I got it, I knew I wanted to be a programmer. At that time, home computers all came with programming languages built in, so you could write your own programs. I immediately started tinkering."

Slack’s business communications platform aims to enhance team interaction, creating a single, organised and searchable archive of information pulled from email, messaging and popular services such as Twitter and Dropbox.

Henderson, who became Flickr’s first ever staff recruit back in 2003 after helping to inspire the image sharing service in the first place, is author of best-selling book, Building Scalable Websites, and is currently working on a second edition. In his spare time, he continues to publish articles on web application development and contributes to open source projects. He is colour blind and has worked on applications to make the web more accessible for people with the condition.

He will receive his Alumni of the Year Award at the University's Graduation ceremony taking place on Thursday 3 September at the Symphony Hall in Birmingham.