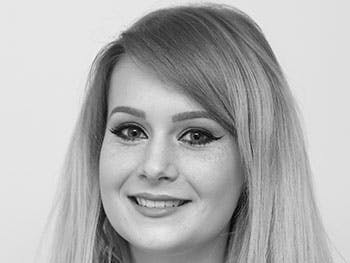 A Birmingham City University graduate is celebrating after being shortlisted for the UK Music Outstanding Graduate Contribution to Music award.

UK Music is an industry-funded body and was established in October 2008 to represent the collective interests of the recorded, published and live arms of the British music industry.

Birmingham City University is one of 11 UK institutions in a pioneering partnership with UK Music, helping to nurture musical passion and prepare individuals for careers in the music industry.

Sophie Lucken graduated from Birmingham City University’s School of Media in 2015 and has been shortlisted after impressing judges with her ongoing commitment and enthusiasm to her personal development.

“Within a few months of finishing her degree, Sophie was working for The BPI who represent the UK’s recorded music industry. During her time at the University, it was very clear that Sophie appreciated the importance of networking and was constantly engaging with the music industry in some form to help further develop her career.”

Sophie’s placements alongside her studies included working on the Warped Tour, the largest travelling music festival in the United States.

“I’m honoured to be nominated for the award”, said Sophie, from Milton Keynes.

It's true what they say that the hard work really does pay off and I can't thank the tutors at Birmingham City University enough for their help and support in encouraging me to achieve my goals and ambitions.

The winner of the UK Music Outstanding Graduate Contribution to Music award will be announced at a special ceremony in London on 1 March by Kanya King MBE, founder of the MOBO Awards.