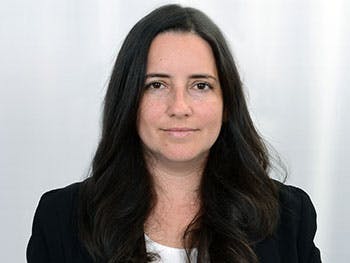 A graduate from Birmingham City University is celebrating after being awarded a prestigious fellowship at Stanford University in California.

Barbara Maseda from Havana in Cuba is one of 18 journalists and journalism innovators from around the world who has been awarded John S. Knight (JSK) Journalism Fellowships for the coming academic year.

34 year-old Barbara‘s Fellowship will build on her final MA Online Journalism project at Birmingham City University last year, which explored the use of text analysis tools for journalistic purposes.

The JSK Fellowships is committed to the pursuit of innovative and entrepreneurial approaches to improving the quality of news and information reaching the public. They support journalists who are deeply engaged in exploring solutions to the biggest challenges facing their profession.

Journalism fellowships at Stanford started in 1966 and a $4 million grant from the John S. and James L. Knight Foundation put them on a permanently endowed basis in 1984.

Located between San Francisco and San Jose in the heart of California’s Silicon Valley, Stanford is one of the world's leading teaching and research universities, with 19 Nobel laureates currently members of its community.

Barbara Maseda is the first Cuban journalist to be awarded a JSK Fellowship, selected from nearly 600 applicants from more than 100 countries.

In 2014, Barbara was awarded a Chevening Scholarship, funded by the UK Foreign and Commonwealth Office (FCO), which allowed her to study for her master's degree at Birmingham School of Media, part of Birmingham City University, between 2015 and 2016. Prior to this, Barbara studied a BA in Journalism at the University of Havana in Cuba.

“I am extremely proud to see Barbara’s work recognised with this prestigious fellowship. While on the MA in Online Journalism Barbara produced work exploring text analysis techniques in journalism, which was some years ahead of the industry. It will be great to see the development of that work, which first began in Birmingham, continuing across the Atlantic with international impact.”

Through collaborative working with other fellows on the programme and an interdisciplinary community of researchers at Stanford, Barbara will be focusing on data journalism, algorithms, information visualisation and artificial intelligence; exploring how journalists may detect newsworthy anomalies from complex data, for example.

“My time at Birmingham City University under Paul Bradshaw's guidance gave me the opportunity to experiment with new skills and tools, and to expand my understanding of data journalism as a very broad field demanding a high level of specialisation.

“It was this ample exposure to issues relevant for the present and future of journalism – from platforms to cutting edge technologies, from business models to ethical dilemmas, and more – that helped me to discover that text data analysis was a field that fascinated me.

Devoting my final MA project to studying its applications in journalism was the starting point of an exciting journey for me in this specialisation. As a JSK Fellow at Stanford University, it is my hope to make a contribution to the advancement of this field in journalism.