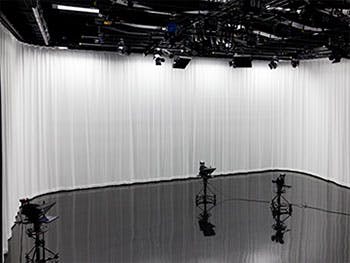 The students have produced a range of hard-hitting and socially relevant features and documentaries across the fields of culture, politics, entertainment, fashion, lifestyle and sport.

Radio presenter and recent graduate Johnny Seifert took five students to Poland to record their thoughts as they walked around concentration camps. He produced 'The Holocaust and Me' to mark 70 years since the liberation of Auschwitz, featuring the testimonials of eight Holocaust survivors.

Johnny said: "I wanted to mark 70 years since the Jewish people were liberated from Auschwitz concentration camp and to capture the thoughts of the remaining survivors to help inspire the next generation so that the Holocaust never happens again."

Tom Grundy produced a feature on the Birmingham pub bombings, 'Forty Years On'. Tom said: "I'm so pleased to have been shortlisted for a Midlands Media Award. I talked to some fascinating people who had very vivid memories of the bombings 40 years ago. Fingers crossed I can go one further and win the award."

Other entries include features on the student underworld, an 80-year-old boxing coach, and The Nerd Pad, a leading online magazine which covers gaming, television, movies, comics and technology.

The overall winner of the Student Journalist of the Year accolade will receive a six-week paid internship with Marc Reeves, Editor-in-Chief of Trinity Mirror’s titles in the Midlands, including the Birmingham Post, Birmingham Mail, Coventry Telegraph and Sunday Mercury.

Entries were submitted across broadcast, web and print platforms and Diane Kemp, Professor of Broadcast Journalism at Birmingham City University, said: "It's great to see the range of subjects our students are interested in as well as the number of platforms they work to.They understand the importance of finding a good story, as well as working to professional standards. Our fingers will be crossed on 14 April."

Student tickets for the Awards ceremony on April 14 are available for £24, while standard tickets are priced at £42 each. Both prices are inclusive of VAT. Book tickets.

Media degree courses at the School of Media