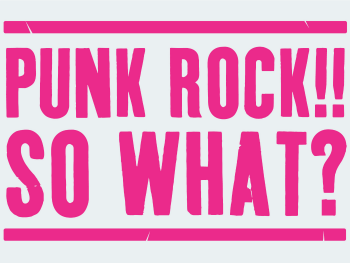 Rare and controversial images capturing the punk-rock movement from its birth in the 1970s to its lasting impact today were unveiled at an exhibition on Monday, 21 September 2015.

Birmingham City University’s Parkside Gallery is hosting the ‘Punk Rock!! So What?’ installation which showcases artwork depicting the anti-Thatcher feeling of the 70s and 80s through to today’s incarnation of the counter-culture.The exhibition, which runs until November 13, shows the changing imagery of punk, as well its influence on societal, cultural and political thinking.

Among the pieces on display are posters showing Margaret Thatcher defecating into a bucket, a photograph of a Roman Catholic cardinal at a 1930s Nazi parade and the Statue of Liberty hiding its face in shame.

Album covers and photographs of famed punk icons including the Ramones and the Sex Pistols will also be on show.The pieces were collated by designer and punk historian Dr Russell Bestley who curated the exhibition to coincide with Punk Now!!, an international conference organised by the UK’s Punk Scholars Network. The event will be held at Birmingham City University’s Parkside Building next month (October 29-30). Dr Bestley, Reader in Graphic Design at London College of Communication, said:

"Punk’s visual language demonstrates a clear link between music, ideology and attitude, in a way that is distinct from many other areas of visual communication.

Punk has provided an aesthetic that on the one hand is used to differentiate and offer inclusion, but which at the same time is sometimes exploited by commercial agencies and advertisers in search of simple, widely understood images of rebellion.

I hope that visitors learn something of the diversity and complexity of punk art and design, and that perhaps some are inspired to “do it themselves” in a creative, and perhaps less restrictive way."

Over more than 40 years the punk movement has expanded from its homes in New York and London to as far afield as Madagascar, Indonesia and Saudi Arabia where the first punk rock record was released in 2011.

Punk Rock!! So What? features punk art in a number of its manifestations over a number of years, and demonstrates not only the wide range of approaches, but also its aesthetic development and diversity.

"Despite punk’s claim to DIY anti-commercial approaches, this exhibition clearly demonstrates how some of the artwork was in fact carefully and commercially constructed.

"I hope the wide range of artefacts enables students, staff and visitors to contextualise punk across a range of artistic, musical, cultural and political fields.

And hopefully this exhibition will not only inspire younger generations of artists and musicians but also re-engage older audiences with a specific, perhaps even significant, part of their past lives."

Some images shown at the Punk Rock exhihibition: 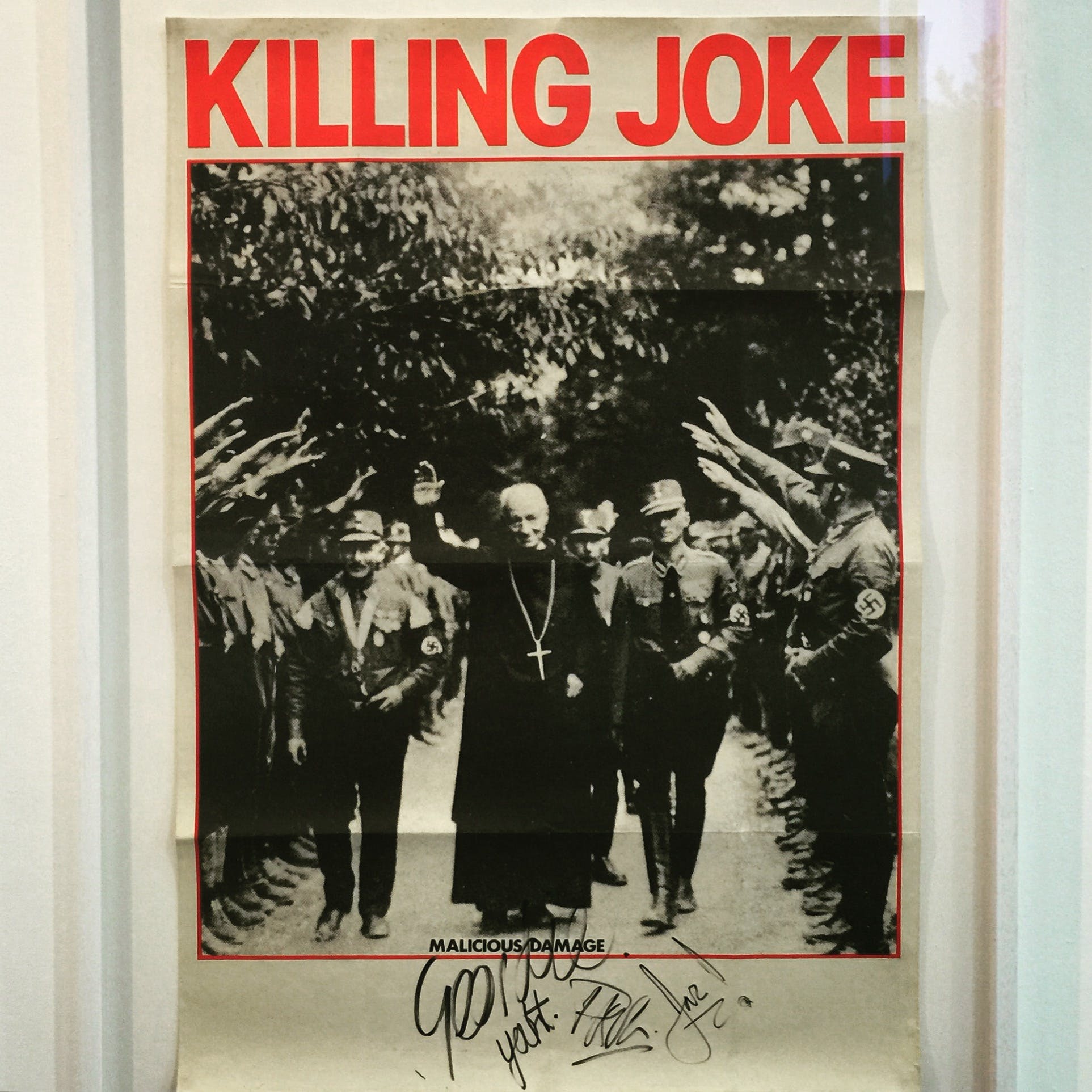 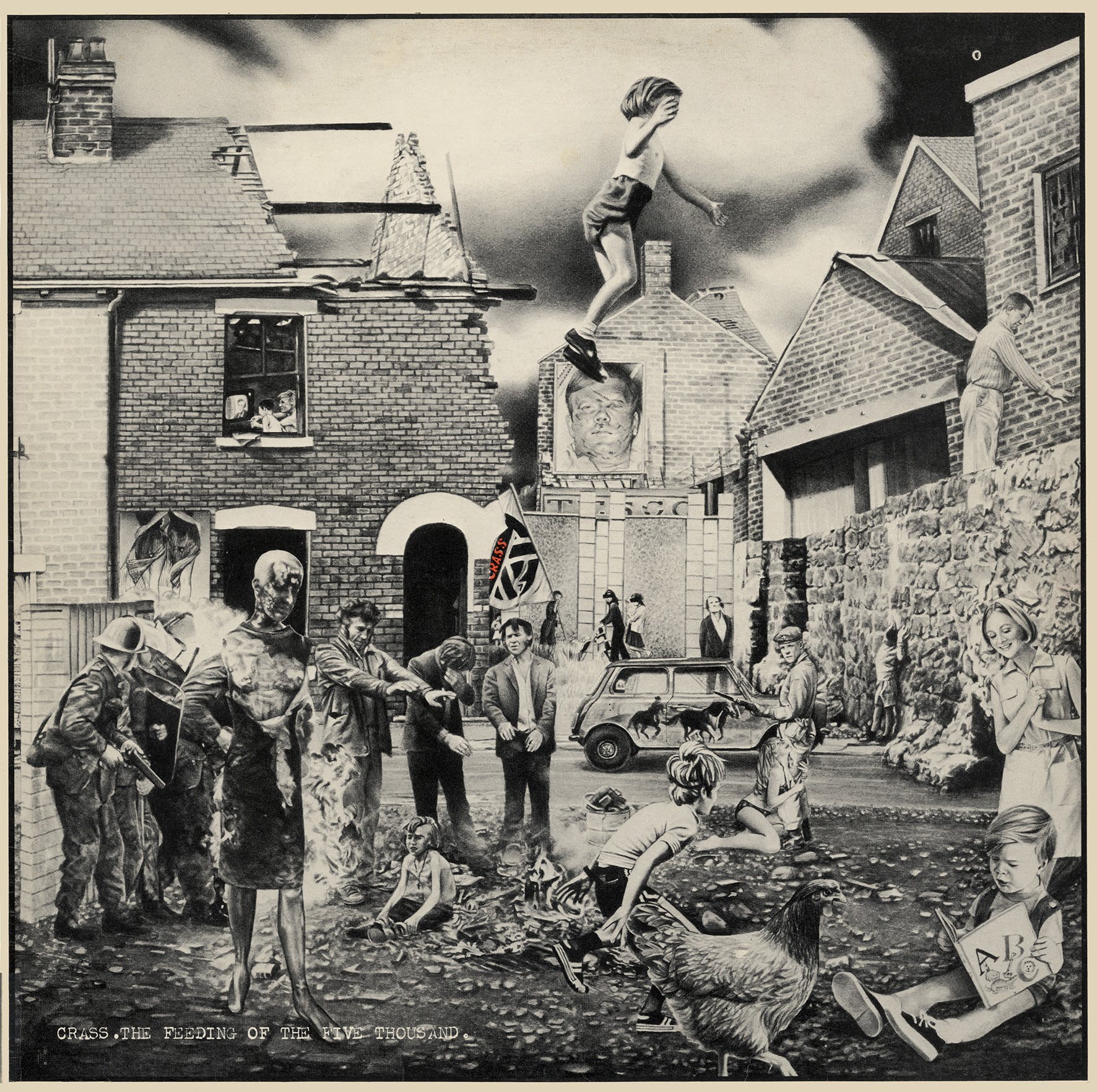 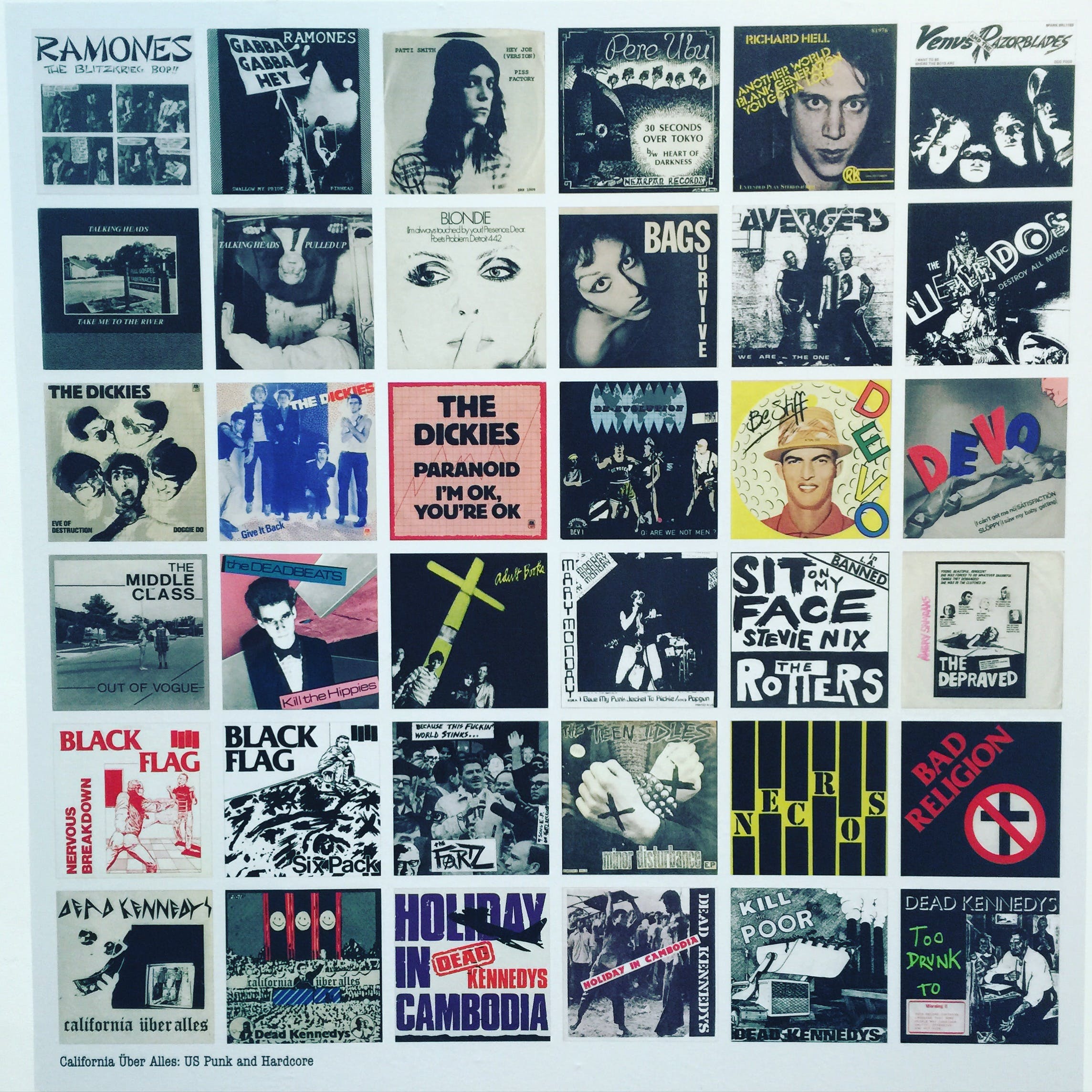 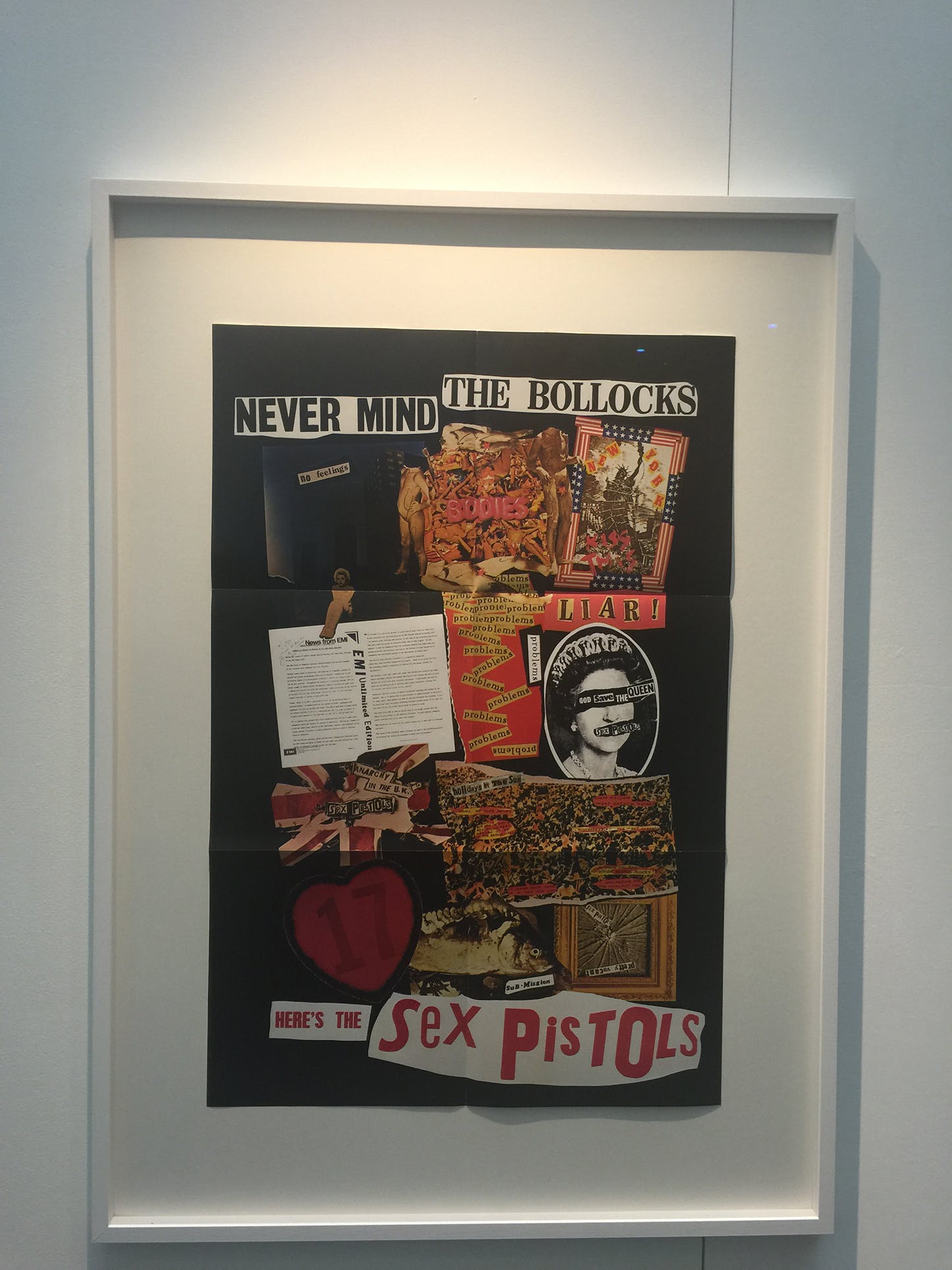 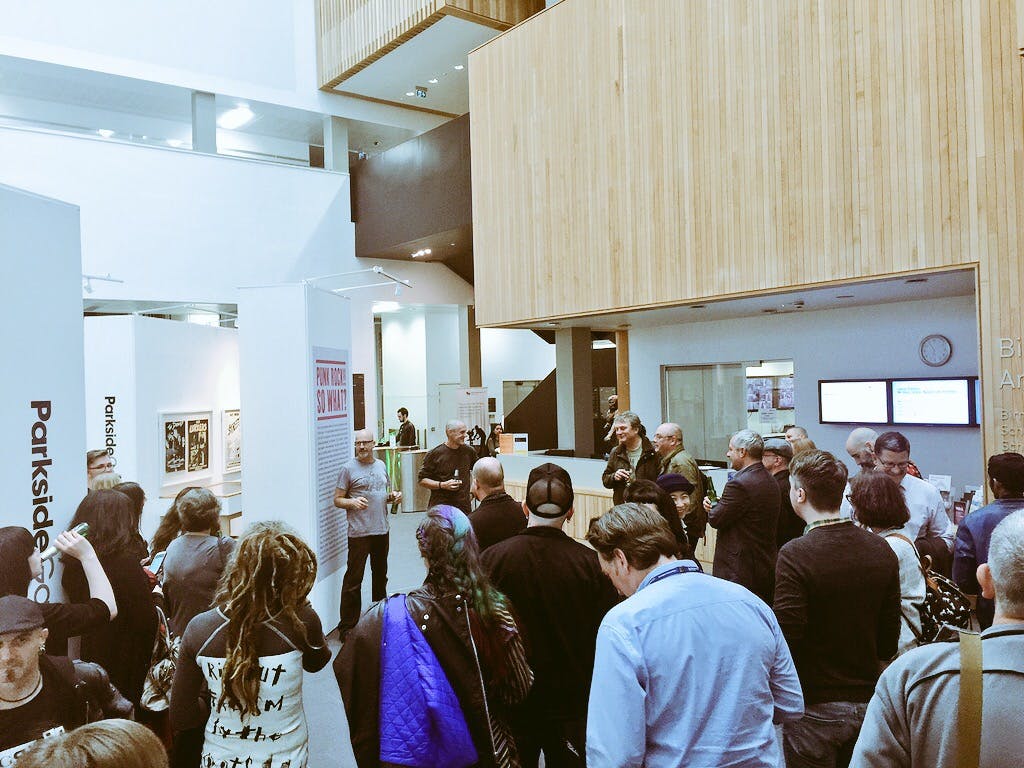 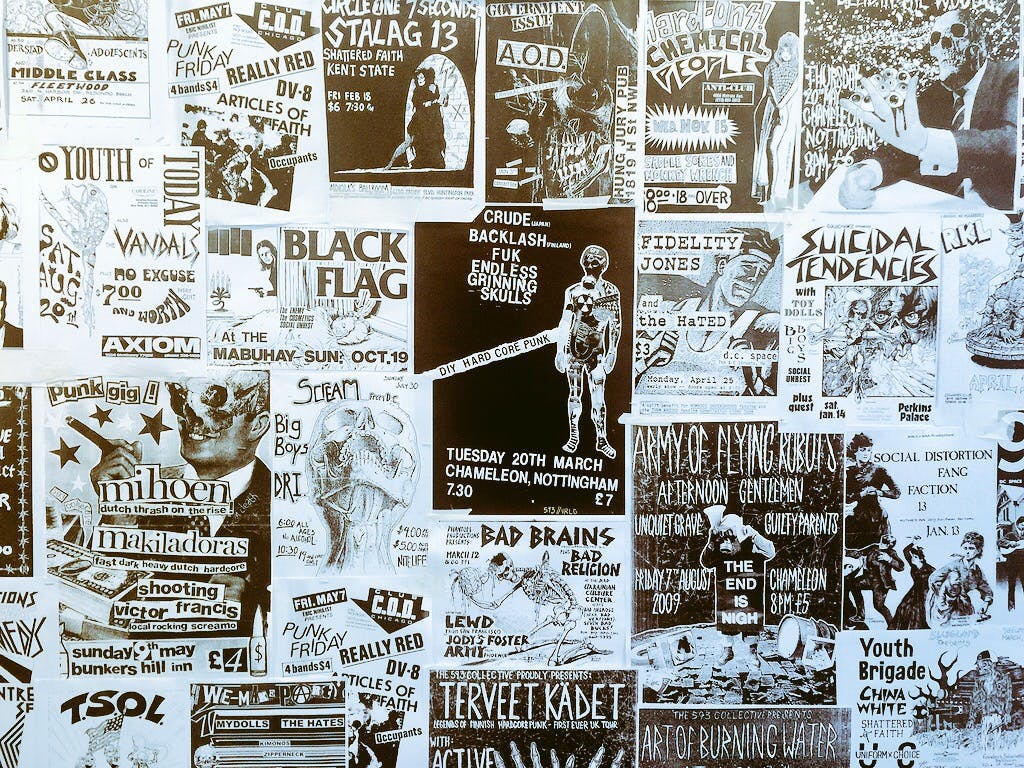 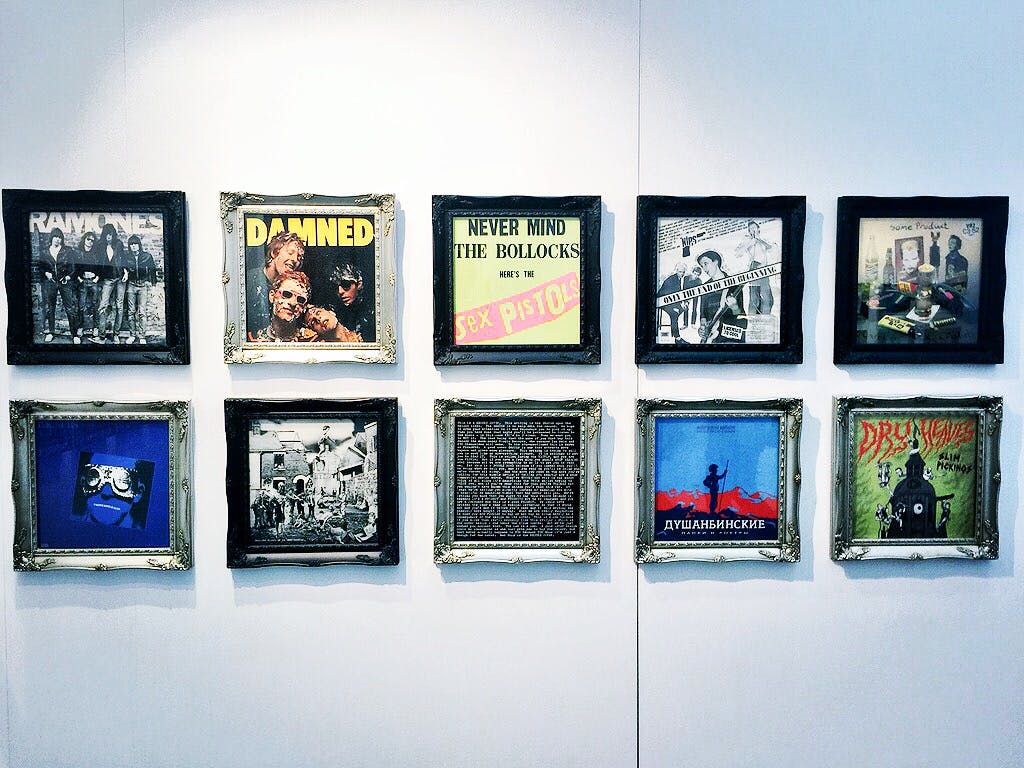