Shao Yinong was born in 1961 in Qinghai, Xining Province, China. He graduated from the Painting Department of Qinghai Normal University in 1982, and then went on to graduate from the Teaching Assistant Course of the Painting Departmen of the China Central Academy of Fine Arts in 1987. He now lives and works in Beijing.

The Nine Twigs at Everyday Legend

Shao Yinong has always paid great attention to the question of how to translate his own appreciation of traditional ‘literati aesthetics’ into the context of contemporary practice. The Nine Twigs refers to densely interlocking tree branches, and to written text or — by phonetic association — patterns. The work is composed of several branches hanging in mid-air, as if having naturally grown there, some of them soft and compact, others lively and expressive. However, they are anything but natural objects; indeed, they are made of iron rods that were forged, hammered and welded together, inch by inch, through a long process of traditional craftsmanship. To Shao, this work has two main reference systems: the first, of course, is the beauty of the forms found in nature; and the second is the particular mood traditionally registered by Chinese literati through calligraphic writings. Each branch seems inspired by the cadence and modulations of the flowing brush in calligraphy — at times elegant and ethereal, at times involved and abstruse; redolent of joyous song and dance, or deeply moody and plaintive. 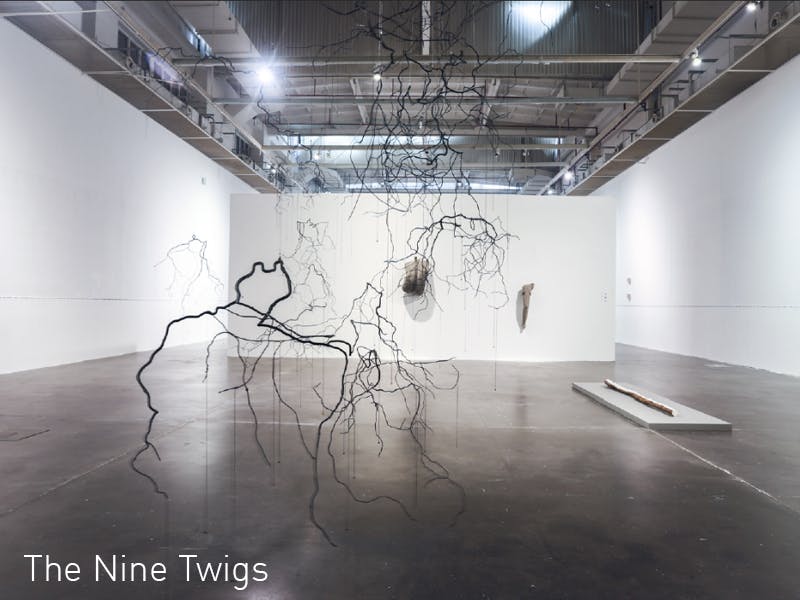 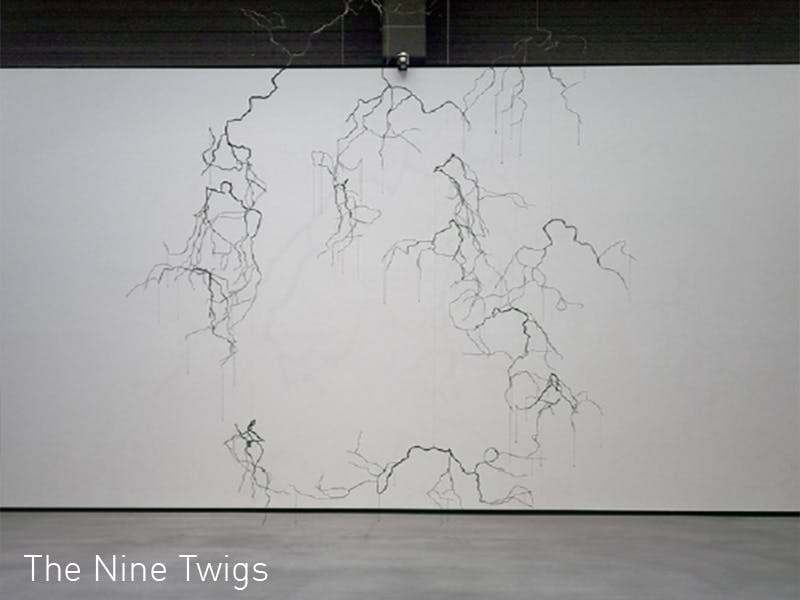 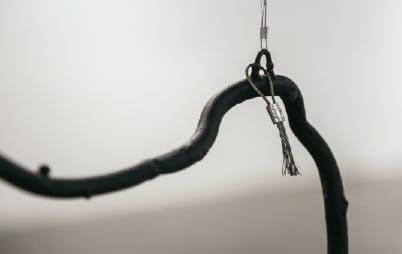 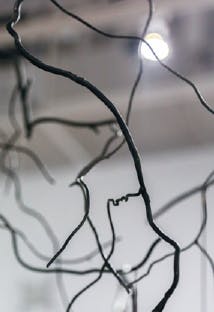