Research on threesomes, Billy Elliot and being ‘camp’ to be presented at national masculinity conference 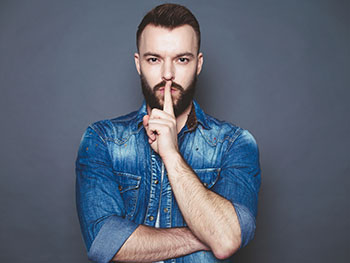 Gender, media and sexuality scholars from across the country will gather at Birmingham City University on Wednesday 12 September for a day of discussion and research presentations on masculinity.

The ‘Toxic Masculinity Symposium’ will explore what masculinity means in modern society, by looking at representations of toxic masculinities that appear in the media and online.

The day will also look to open a discussion on the increasingly popular term, ‘toxic masculinity’, which has gained favour as a way of talking about negative aspects of masculinity.

“Toxic masculinity is gaining favour as a label for those constructions and performances of masculinity that are most dominant in society and can cause harm both to men themselves and those around them”, said Professor John Mercer.

We’re looking forward to a day of lively debate and speaker sessions where we’ll be testing out what the label of ‘toxic masculinity’ actually means and attempting to open an academic conversation on the contemporary formulations of masculinity.

The event will see Lancaster University researcher Chris Marlow discuss his research into the experiences of young male dancers, with findings suggesting that homophobia and stigmatisation of those learning ballet or other genres of dance, culturally considered as ‘feminine’, still exists.

Marlow’s research began by looking at discourses that exist within the film ‘Billy Elliot’, surrounding dance being considered as a female art form and how young males who dance are sometimes labelled as being abnormal.

Birmingham City University academic Dr Ryan Scoats will discuss his studies into the stereotypes surrounding multi-sex threesomes, whilst university researcher Charlie Sarson will present a paper examining what it means to be a ‘camp guy’ and how being ‘straight-acting’ is considered to be more favourable amongst gay men.

Other research being presented explores toxic masculinities in recent British cinema and why some men may shy away from public romantic gestures.

“The term ‘toxic masculinity’ has become an easy way to label typically harmful behaviours and attitudes, such as men’s violence against women and other men, misogyny, homophobia, self-harm and suicide”, said Dr Mark McGlashan.

“It is argued that these behaviours are intimately tied to socially pervasive expectations of what it means to be a man and that, therefore, masculinity is toxic. We are most interested in querying the label of ‘toxic masculinity’ and opening a debate about what it means, not reifying it.

“In the opening presentation of the day, Professor Mercer and I will be highlighting some recent examples of masculinity we’ve seen represented in the media and debating with others on whether they could be considered as toxic.”

The ‘Toxic Masculinity Symposium’ takes place at Birmingham City University’s Curzon Building on Wednesday 12 September and runs from 9am until 5pm. Find out more information on Twitter at @BCUToxicMasc.